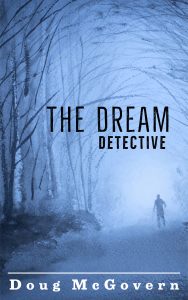 What Inspired You to Write Your Book?
Nothing intrigues me more than a good mystery, especially one set in the strange world of dreams!

How Did You Come up With Your Characters?
Most of my characters are based upon people I meet in my real life. Then I tweak them by adding just enough backstory and depth to tell a complete story.

For joining the author’s email/newsletter list you will get:
Free Book