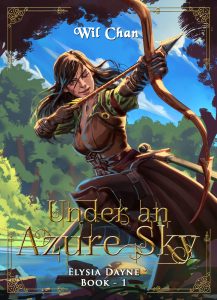 But that wasn’t always the case.

There was a time when I thought that dragons were beautiful…

During my childhood, I believed that I was friends with a dragon, except the dragon never knew of this friendship.

Days after my thirteenth birthday, my secret was no longer mine to keep. Soldiers arrived to slay the dragon so that a feudal lord could make his name amongst the Nine Kingdoms. It ended in abject failure. They were left to soak in a bloodbath of their own making.

Reborn under a mound of ashen corpses, my empty shell vowed vengeance, forging a fiery path of retribution that could not be undone.

Not by my own design, I inadvertently became a slayer of dragons. Curiously, dragon slaying isn’t my next job…

A princess is being held for ransom at a goblin fort. Wearing the stolen armour of a goblin knight, I attempt to rescue her to claim my prize.

When I met her, she was Winter. Now, she is Spring. Maybe I can learn to love again… 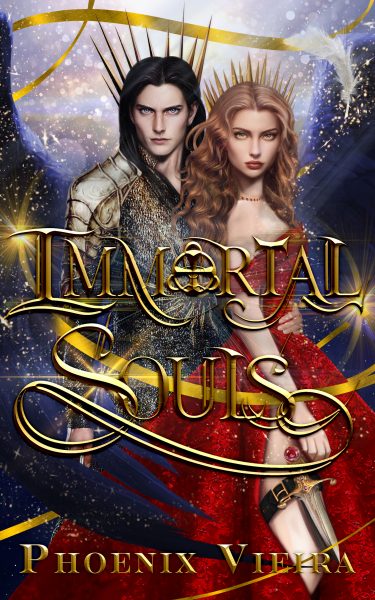 Immortal Souls is the fast-paced first book in an epic new fantasy series that blends unexpected mythology and faerie lore, romance and intrigue into an unforgettable read.

A fallen Empire. A forbidden royal romance. An ancient treaty with the Fae.

In a world tainted by greed and rebellion, death prowls the shadows of the once glorious Sun Empire, waiting to devour those who dare fight back.
END_OF_DOCUMENT_TOKEN_TO_BE_REPLACED 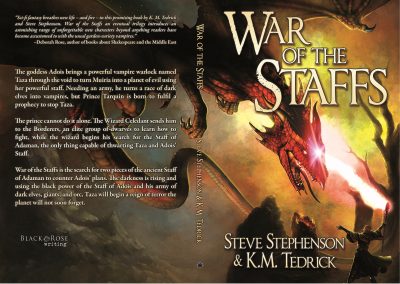 About Featured Book: War of the Staffs by Steve Stephenson

War of the Staffs takes place on a world called Muiria, where a powerful vampire wizard named Taza is brought through the void, space between the planets, by a vengeful goddess named Adois. She lends him her powerful staff so that he can take over the planet and turn it from good to evil. Taza slowly convinces the Illanni, a race of dark elves, to take on the cloak of vampirism.

Nearly two thousand years pass before the scheming wizard makes his move. But his careful planning is jeopardized when Prince Tarquin is born to fulfill a prophecy and confront the evilest creature Muiria has ever known. The prince, however, cannot succeed alone, and when Morganna, an Illanni noblewoman, threatens Taza’s plans by starting an underground movement against him, she strikes her severest blow when she saves Tarquin’s life as he is struck down at the end of the book.

He is also championed by the wizard Celedant, and the young man is sent to the dwarvan army to learn combat skills. Tarquin joins an elite group of soldiers known as the Borderers to better prepare him for the coming quest. Then the wizard begins his search for the Staff of Adaman – the only object capable of defeating the Staff of Adois. END_OF_DOCUMENT_TOKEN_TO_BE_REPLACED 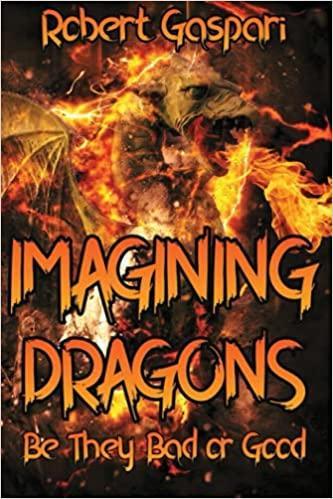 Tom dreamed of the spirit of a dragon who encouraged him to help bring the beast back to life on our world. He found the dragon’s seed hidden away in his uncle’s collection of archeological artifacts after the young man inherited the professor’s estate.
This began a strange journey for Tom, as the dragon spoke to him each night, bestowed psychic powers upon him, and groomed the man to become a Dragon Master. Tom relished this opportunity and willingly engaged in every task assigned to him by this mythological creature. That is until certain things went against his moral fiber…
Would you do what the beast in your dreams demanded if it gave you unlimited power? That was Tom’s dilemma and it could have one of two possible outcomes.

THIS BOOK IS TWO BOOKS IN ONE!

After the original ending, I step back six chapters and provide a totally different alternate ending. I hope you enjoy them both.

END_OF_DOCUMENT_TOKEN_TO_BE_REPLACED 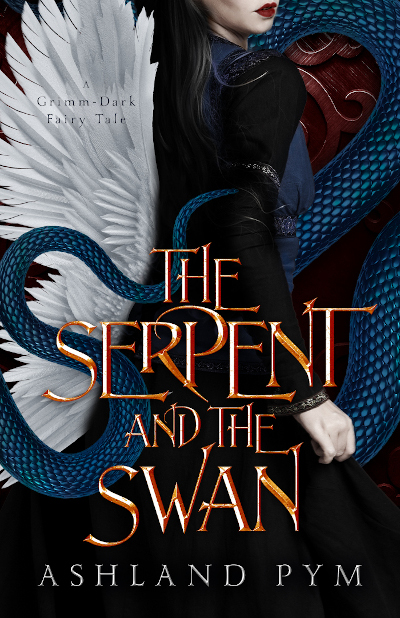 The Serpent and the Swan by Ashland Pym

She’s not quite human, but is she as dangerous as they believe?

Cygna has been kept under the shadow of secrecy for two decades. Not only is she the King’s illegitimate firstborn, she’s also an extraordinary half-fae with a wing in place of an arm who instills fear and suspicion in those close to her.

But now a terrifying evil is ravaging the kingdom. A Lindworm is making a path straight for the castle, and the King and Queen believe Cygna has the power to stop the serpent. Except Cygna knows what her hateful stepmother really wants is to keep Cygna from inheriting the throne.

They send Cygna on a dangerous journey to the underworld where she meets others like her. She begins to see she’s not the unnatural creature she was brought up to believe. But will Cygna have the bravery to confront the terrifying serpent and defeat her darkest fears? Her freedom and life will depend on it.

END_OF_DOCUMENT_TOKEN_TO_BE_REPLACED 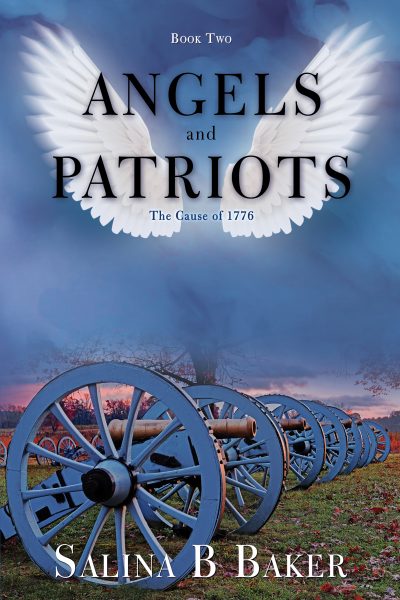 About Featured Book: Angels & Patriots: The Cause of 1776 (Book 2) by Salina B Baker

Award-Winning Finalist in the Fantasy: Historical category of the 2021 American Fiction Awards

Angels and Patriots is the struggle for faith and liberty in the face of the complex and often irrational actions of war, men, and angels. Download today for free.

This Fantasy book is available in these Formats: eBook, Print 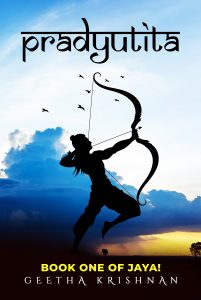 In Hastinapura, Atiratha and Radha find a baby floating in the river. In the palace, the impotent King Pandu is forced to abdicate the throne while his bastard half brother Vidura conspires with his queen Kunti. The blind King Dhritarashtra struggles against his autocratic uncle while the sage Vyasa fights desperately to avert a power struggle within the Kuru family. This is the saga of Mahabharata, as it has never been told before.

About the Author
Geetha Krishnan writes books derived from the rich and vast spectrum of Indian mythology. A practising Hindu, their books show their deep knowledge of the religion and customs of ancient India. Their books have won many accolades and have been universally praised for the twists they bring to their retellings.

Their books Ayana and Pradyutita have made it to the semi finals of SPFBO 2019 and 2020 respectively, and their short story, The Forgotten Son has won an Honourable Mention in The Writers of the Future Contest. 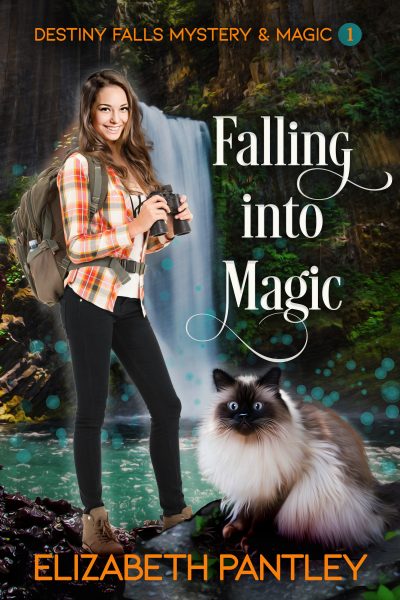 An accidental journey through a magic mirror to an enchanted land. A mysterious newfound family. Destiny Falls is a wonder, but the magic is tainted by danger. Can Hayden and her clever, sassy sidekick remove the threat, so that she can begin her magical new life here? ~ “Absolutely brilliant, delightful, magical story. This is one book that you cannot stop reading.”

END_OF_DOCUMENT_TOKEN_TO_BE_REPLACED 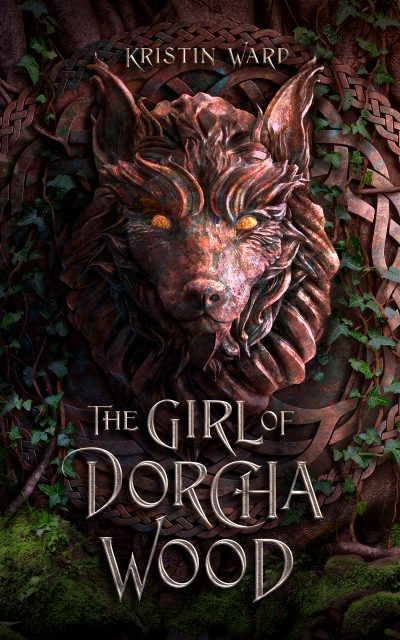 END_OF_DOCUMENT_TOKEN_TO_BE_REPLACED

Playing a virtual game is fun…unless the game wants you dead.

Nigel Watson is a clever teenage hacker who uses his skills to make extra spending money. But, after someone plunders his mother’s bank account and drains the funds,Nigel realizes his hacking could save the family.

Soon, Nigel’s online expertise is noticed by the billionaire founder of the Colossal Machine, a virtual game played by millions of people around the planet. When Nigel is given a chance to show his prowess, his skills outshine the work of the current developers. He even discovers new ways to cheat the game that no one else knows. But, Nigel doesn’t realize that his sudden success has made enemies who want him dead.

Nigel is thrust into the shadows of the Dark Web – a hidden part of the Internet where evil can find its way to your door. Little does he know, but the object of the game has become Nigel’s life.

In this cyber thriller, you never know who to trust when the virtual world makes it impossible to decrypt friend from foe.