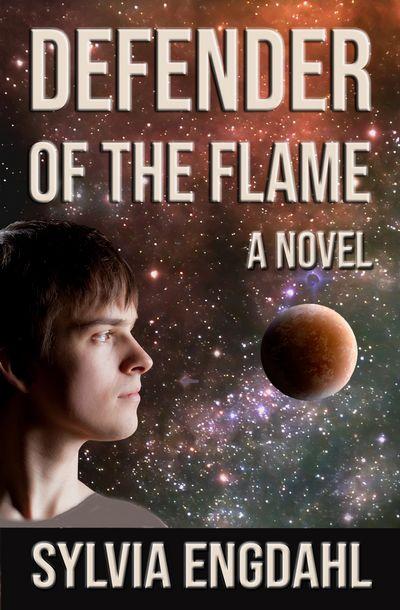 Defender of the Flame by Sylvia Engdahl

Starship pilot Terry Radnor is elated to be among those chosen to defend the secret colony Maclairn against enemies who pose a threat to the spread of paranormal human mind powers. He commits himself wholly to the goal of that world, not guessing how far his effort to safeguard it will take him from everything else he cares about–his promising career as a Fleet officer, contact with people who share his newly-discovered psi capability, his wife and unborn child. Torn away against his will after learning a secret too deep for its disclosure to be risked, he is forced into exile from all that matters to him, and must build a new life grounded far from Maclairn. There seems little hope that he can fulfill his pledge to protect the world whose safety is crucial–more crucial than anyone else knows–to the future of humankind. Yetan extraordinary destiny has been predicted for Terry, and fate puts him in place to confront the colony’s greatest peril.

END_OF_DOCUMENT_TOKEN_TO_BE_REPLACED 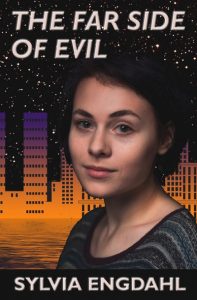 The Far Side of Evil by Sylvia Engdahl

On completion of her training as an agent of the interstellar federation’s Anthropological Service, Elana is sent to a world whose people may soon destroy their civilization. Since not enough is understood about the situation to justify any interference with their evolution, the Service has no power to act; its agents must go as helpless observers, posing as natives, in the hope of gaining knowledge that may help to save other worlds. This passive role proves intolerable to the young, inexperienced agent assigned to the same city as Elana, a city under totalitarian rule. After falling in love with a local girl who has become Elana’s closest friend, he identifies too completely with the natives and unwittingly endangers the entire world by a well-meant but ill-advised attempt to intervene. Forced to assume responsibility for undoing the damage, Elana finds that only she–at great cost–can prevent an immediate war of annihilation.

“A surprising, haunting, poetic book . . . full of provocative philosophical and psychological questions as well as tense adventure and romance.” —Commonweal

“Gripping psychological science fiction . . . the relationship between the heroine and her sophisticated, unbrutish interrogator is beautifully balanced and adds another dimension to a story which is already multi-faceted.” —Times Literary Supplement, London

“The author has a direct, forceful style of writing that sparks the reader’s imagination.” —Publisher’s Weekly

END_OF_DOCUMENT_TOKEN_TO_BE_REPLACED 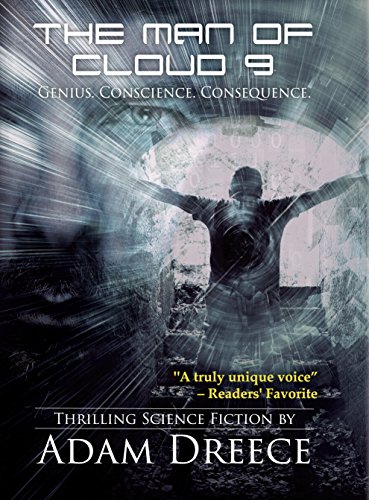 The Man of Cloud 9 by Adam Dreece

“a truly unique voice” – Readers’ Favorite
“… you can’t get better than The Man of Cloud 9” – Rene Auberjonois, Director/Actor (aka Odo from Star Trek Deep Space Nine)

A Silicon-Valley spirited, high-tech thriller with an intimate soul. A tale of genius, conscience, and consequence.

Seventy years from now, the world’s been heavily damaged by climate change, but its appetite for big dreams and innovation is gone. Steve Jobs-esque inventor Niko Rafaelo is driven to bring back the banned technology of nanobots and change the world. What lengths is he willing to go to, and what is his ultimate goal?

Recommended for ages 12 and up.

END_OF_DOCUMENT_TOKEN_TO_BE_REPLACED

Drones on the White House lawn. Government agents with an ear to your telephone. Where will it end?

Maybe in a Police State of Anarchy.

2065, two hundred years after the end of the civil war. Is it happening all over again? Don’t ask Adams. He doesn’t know. Doesn’t care. He’s marking time leading milk runs upstate for food. And forgetting. So he picked up that girl at Liberty Casino. He was just being a nice guy. Wasn’t looking to get involved with the police. And sure wasn’t looking to become the rope in a tug of war between the police and Homeland Security.

So who are these people and what do they want from Adams? Lead a cross-country caravan? The insurance companies killed those years ago. These days the only way across country is to fly, if you’re willing to risk the electric planes and being caught in a gun fight when some drunk isn’t satisfied with the service. So where did that Right of Passage on his screen come from? And why’re that cop Grillo and his trained monster of a sidekick stepping on Adams’s heels everywhere he goes? And if Grillo wants Adams to lead that caravan, who is it that wants to stop him? Whoever it is, he can change screen records and make people disappear from surveillance cameras. Not much doubt who that is, but in this game no one wears uniforms and the sidelines may be more dangerous than the field.

The only thing scarier than facing a lunatic is seeing him in the mirror. The only thing worse than a dystopian future is one that springs from the seeds of lunacy we’re planting today. The more things change the more they stay the same. And you call this progress?

Police State of Anarchy is a sketch of the kind of future we may be asking for. Are we ready for it?

Link To Buy Right of Passage on Amazon