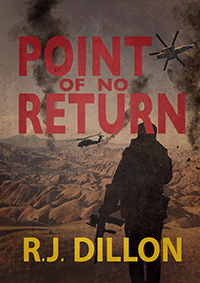 When the extraction of a Syrian defector is savagely compromised leaving the defector dead and one of the extraction team and a diplomat abducted, Nick Torr, Director of MI6’s Service’s Covert Directorate CO8, ruthlessly hunts down the traitor who betrayed the operation.

With time running out to find the hostages alive, Torr intensifies his ferocious hunt during a bloody espionage campaign involving Mossad and the CIA, taking him from Europe to Syria, to the cruel, explosive heart of the civil war.

In this dark, vengeful world of smoke and mirrors, political conspiracy, assassination, terrorism and betrayal are at the heart of a conflict where loyalty is bought and sold as a cheap commodity.

Once Torr embarks on the ruthless pursuit of the traitor, a string of deadly bombings leads him to the merciless commander of a Palestinian group responsible for the European terror campaign, the failed extraction, kidnapping and a major, catastrophic attack planned for London.

Only one of them can survive passing the Point of No Return.

About the Author
R.J. Dillon is a full-time professional writer who was born in the North West of England.

The Nick Torr series – highlight the devious arena of spying, particularly 'black operations' and sheds an authentic light into the dark corners of espionage taking Nick on a journey of terrorism, deceit and adventure from London, Paris and Berlin to Singapore, Somalia and Syria in The Fanatic, Hunted and the Damned, Network of Lies and Point of No Return.

Poetry – Midnight's Revolution is a volume of personal and reflective poetry.
Studies in Popular Culture – as a professional historian, his History on British Television: Constructing Nation, Nationality and Collective Memory (MUP) remains a leading textbook for studies in visual history.

When he's not writing, researching or travelling, he devours reading biographies and non-fiction or walking the hills and coastal trails with his family.