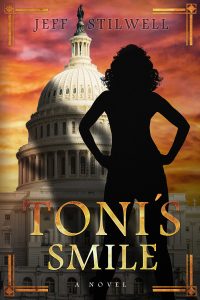 A quirk of fate puts a Blatina in the Oval Office. What now?

Toni Madison never dreamed about becoming President. It simply wasn’t even an option for someone like her, a Black Latina after all.

Life had a different plan as a heart attack places her behind the Resolute Desk in the Oval Office.

Now, three years into her bland accidental Presidency, Toni notices she could do better. In fact, she wants to do better.

She wants to be a great President.

Things start to heat up as she launches her election campaign.

She quickly realizes that there are many people who are honestly threatened by a woman of color serving in the highest office of the land.

When threatened, people tend to respond with underhanded, manipulative viciousness.

As betrayals follow threats that follow intense pushback, Toni reaches back to her gritty youth to find succor along with the support of her quirky, loyal staff.

The thrilling roller-coaster ride of a Presidential election campaign speeds up as Toni strives to let her message be louder than her skin color and gender … if only she lives to make it to election day.

“…we watch fascinated as Toni comes into her own. Step by painful step.”

“A girl can grow into a woman who can do anything. Toni calls upon all the strength and wisdom learned throughout her past.”

“In the crazy political climate of today, this was a delightful and yet insightful read.”

About the Author
Jeff Stilwell excels at the unexpected. Not content with his Midwestern roots, he found ways on the cheap to explore the wider world including selling gummy bears in high school to visit the Alps of central Europe. To pay for college, he worked a slime line as a head chopper in the clammy tundra of Alaska.

His thirst for adventure next took him to Asia where he studied Asian philosophy and the martial arts while exploring exotic locales including the Himalayas and the lands of Lord Jim, even surviving a squall in the Gulf of Siam.

His years in Asia deeply influenced his lifelong search for meaning, culminating later in his magnum opus, "Here and Now: A Whimsical Take On God." In this illustrated work, his adorable cartoon character Thrashin’ Jack leads the reader on the skateboard journey of humanity’s creation of God. Readers find Here and Now “simple yet profound” and “something that can be read in minutes, and thought about for a lifetime.”

For those readers wanting a bit more, Stilwell completed a companion volume called "Living Here and Now: A Practical Guide To Finding Meaning."