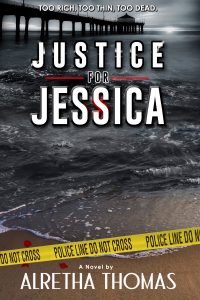 Timid Stacey lives in awe of her glamorous, charismatic friend Jessica. But after discovering Jessica’s corpse on the floor of her elegant home, Stacey will join forces with a brilliant woman detective to unscramble the truth behind the shocking crime.

About the Author
Shortly after graduating from USC with a degree in journalism, Alretha soon realized her interest in her major was not heartfelt. Instead of writing news stories, she wanted to write plays and books. Several years later, her church gave her an outlet to fulfill her writing desires through their Liturgical Fine Arts Department wherein Alretha penned twelve theatre pieces—the community response was overwhelming. This led to plays outside of the church, including Alretha’s One Woman, Two Lives, starring Kellita Smith (The Bernie Mac Show), directed by four-time NAACP Image Award Best Director recipient, Denise Dowse. The production garnered rave reviews from critics and audiences.

In between plays, Alretha self-published her first novel, Daughter Denied, in 2008 and has received glowing reviews from readers and book clubs across the country. Representing her book and plays, Alretha has been the guest on many radio shows and television shows including San Francisco Public Affairs show Bay Sunday with Barbara Rodgers on CBS affiliate, KPIX. She was also interviewed by KTLA News Entertainment Reporter, Sam Rubin. In 2011, Alretha self-published her second novel, Dancing Her Dreams Away, and it was also well received. Her third novel, Married in the Nick of Nine spawned a four-book series that was acquired by Soul Mate Publishing in January 2014. The series has since reverted back to her. In August 2014, Alretha was awarded the Jessie Redmon Fauset Literary Award for her indie novel, Four Ladies Only. In 2016, Alretha created the Detective Rachel Storme Mystery Series: Justice for Jessica, Losing Lauren and A Penny for Her Heart. In 2018 and 2019 Alretha debuted two additional mystery books—
The Women on Retford Drive and The Truth About Gretchen respectively. 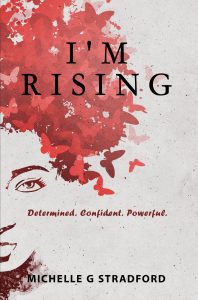 Take back your Power, your Glorious and Rise!

Inspirational poetry about self-love intended to ignite a spark and remind us that facing and conquering our fears and pain builds inner strength and resilience. We must own our power.

I’m Rising offers poems for women and men urging us to stretch and grow to our fullest potential. The empowering prose offers encouraging words with a call to action to harness our self-confidence to achieve the goals we were destined to shatter. Whether in search of a connection, shared experiences, healing thoughts or encouragement, this self-help collection offers ready salves to our daily life experiences. I’m Rising is organized into three chapters entitled Evolving, Resilience, and Rising to aid in finding those special words meant for us. 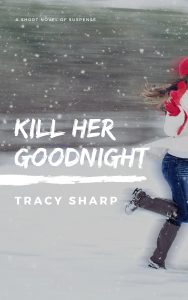 t’s a terrible feeling when your child wants you dead.

Laura takes her troubled fifteen-year-old daughter, Cindy, on a ski trip to the Adirondacks for some mother and daughter bonding time. Maybe she can get through to her.

Tyler isn’t just abusive. He’s a deranged sociopath whose ex-girlfriend has gone missing, and he has a cult-like hold on Cindy. Laura needs to keep Cindy away from him.

But Cindy and Tyler have other plans, and Tyler is already waiting for them. He’s about to show Laura how dangerous he really is.

Could Laura’s own daughter really want her dead, and how long can she survive being hunted in the frigid and snowy Adirondack mountains?

About the Author
Tracy Sharp grew up in a small mining town in Northern Ontario, Canada, where there wasn't much to do except dress warmly and write stories to entertain herself.

She is fond of thrilling novels, bellowing out her favorite songs in the car, iced coffee, flamethrowers and Slinkies.

She lives in Upstate NY with her family

This book is bargain priced until 06/15/2015 Check book price before you buy, as prices can change due to expiration of the sale or other technical issues.

Being a teenage girl is hard. Admit it-frequently it’s downright terrible. They are constantly bombarded with suggestions about how to best live their lives from everyone they know. It becomes a challenge just to know whose suggestions to follow and whom to ignore. Their parents and teachers are “too old” to understand them, and friends can be just as confused as they are. Teens are often tempted to turn to celebrities who, unfortunately, are only asked about fashion, weight loss, and “how to get the guy.”

Life Lessons for the Teenage Girl : Quotes, Inspiration, and Advice for Women by Women provides valuable and entertaining advice from women who have attained success in business, politics, sports, and entertainment. Their goal in offering advice is to spare teenage girls some of the challenges and frustrations they may have experienced themselves. If the struggle can’t be avoided, teens can at least gain comfort in the knowledge that they are not alone in their experience. Techniques and exercises are provided to help teenage girls survive and thrive beyond their teenage years.

Is Life Lessons for the Teenage Girl for teenage girls only? Heck no! Everyone can be educated and entertained by the insights these women dispense. All can benefit from learning new strategies to manage life’s difficulties. Find out who stayed serious and who couldn’t help but get silly!

Learn more about Kelly Tonelli
Link To Buy Life Lessons for the Teenage Girl: Quotes, Inspiration and Advice for Women by Women