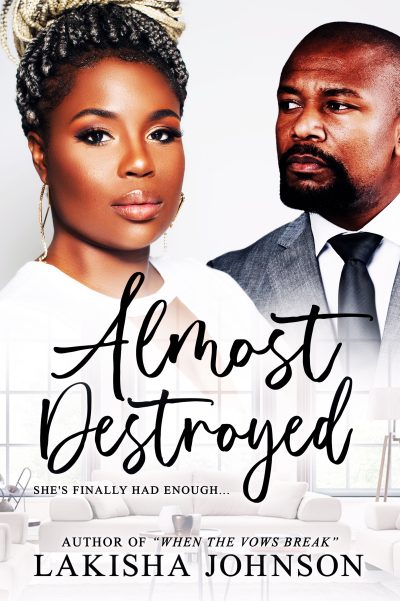 Ava Gentry met Andre, thirteen years ago, when he was the officer who responded the night she was attacked. Years later, he’s still treating her like that scared and broken girl with no self-esteem in need of saving. Every chance he gets, he tries to destroy her with his words and actions leaving her feeling unworthy of love and respect.

The sad reality was it wasn’t the first time she’s felt this way. From being abused by her grandfather to even worse foster homes; suffering has almost destroyed her identity and ability to love herself.

But she’s had enough.

Finally standing up for herself, Andre throws her out, destroying her belongings while almost destroying her. On her own and starting over, she realizes the first thing she needs, besides a place to stay and a job is a relationship with God. Yet, things prove harder than she ever imagined, especially when trouble won’t let go, and neither will Andre.

In Almost Destroyed, follow Ava’s journey from heartache and brokenness to restoration and finding the strength to love herself again.