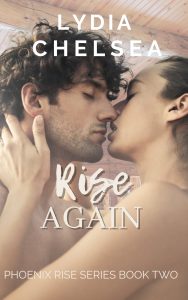 Her life is in San Diego. Or was.
Now she’s in Arizona, hiding from her stalker ex, sorting through her parents’ estate.
None of this was part of the plan.
Not finding out she was adopted.
Not finding out she has a half-brother.
Not meeting his handsome adoptive father.
Sparks fly.
Danger lurks.

To have a life with them, she’ll have to risk her own. 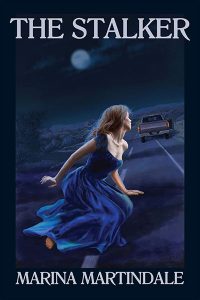 The Stalker by Marina Martindale

Rachel Bennett attended her ten-year high school reunion on a whim, but fate intervened once she saw Shane MacLeod. No longer the shy, gawky teenager she remembered, Shane has matured into a handsome and successful man, but her perfect evening ends when another man from her past suddenly reappears. Craig Walker had been her mentor until he became jealous of her talent and success. Now he intends to either have her, or destroy her at all costs. As Rachel’s family pressures her to take Craig to court, she can no longer ignore her nagging feeling that a tragedy is about to strike.

END_OF_DOCUMENT_TOKEN_TO_BE_REPLACED

Callie Chennault vaulted to fame on the nighttime soap Sumner Falls, but after a decade of playing the same role, she is ready for a new acting challenge. When Callie is attacked by a stalker on the streets of New York, she takes a leave of absence from the show and returns to her roots in Aurora, Louisiana, to heal both physically and emotionally and determine her next career move.

Former professional baseball pitcher Nick La Chappelle has also come to Aurora to lick his own wounds after a messy divorce. A Cy Young winner and one-time ESPN broadcaster, Nick longs for the quiet of a small town in order to write murder mysteries under a pen name.

Sparks fly when Callie believes Nick is taking advantage of her great-aunt’s hospitality, but they resolve their differences—and surprise themselves by falling in love. Their bond is tested when both Nick and Callie become the focus of a serial killer nicknamed Lipstick Larry. Can they outwit a murderer bent on seeing them dead and survive to build a lasting relationship?