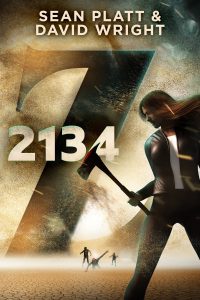 It’s 2134 in a dystopian America, one century after a series of zombie plagues first infected then obliterated much of the world’s population.

The survivors formed six walled Cities throughout the continent, all under the rule of a totalitarian government that enforces strict control over its populace.

Jonah Lovecraft, a former Watcher, was arrested for the murder of his wife. Like most criminals, he has one chance at freedom ― to participate in The Darwin Games, a televised survival show pitting two players from each city against one another in The Barrens, the uninhabited areas outside the City Walls.

He’ll also have to face another enemy ― the zombies still roaming The Barrens.

As he fights for his freedom against impossible odds, his daughter, Anastasia, stumbles into people who have information about her father ― information that will change her life forever.

While putting her in the crosshairs of her father’s enemies.

Z 2134 is the first book of a dystopian trilogy from the bestselling authors of Yesterday’s Gone.

About the Author
Sean Platt is an entrepreneur and founder of Sterling & Stone, where he makes stories with his partners, Johnny B. Truant, and David W. Wright, and a family of storytellers.

Sean is a highly-prolific author in both fiction and nonfiction, with more than 10 million words under his belt and more than a dozen published collaborations. He brings a rich sense of place, strong pacing, conflict-filled dialogue, powerful twists, and a flair for high-stakes drama to every story he contributes to. He’s known for bringing out the best in whoever he collaborates with, thanks to his generosity, his adaptability, and his philosophy that “the best idea wins.”

You’ll see Sean’s work as a co-author with Truant and Wright, and invisibly all throughout the studio.

Originally from Long Beach, California, Sean now lives in Austin, Texas with his wife and two children. He has more than his share of nose.