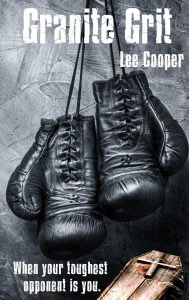 Family man Joe, thirty two year old, loses the only job he’s known since school at a paper mill that supports him, his wife and two kids. Spiralling into debt as continuous job opportunities slip through his hands, he turns to the only thing he knows: boxing. Conned into a brutal, raw fight after a chance meeting with old training pal Tim, he scurries to the Tillydrone boxing gym…and the first pull downwards on an unknown path. Tricked into the ring by his best friend’s lies, he loves the rush of victory that he gets, and wants more. And proves he was made for the underground fight game in his first unlicensed bout outside Dundee.

Memories of his estranged father haunt him from his troubled child hood, growing up in Tilly. Davie Rhoads a man dragged up in the ruthless streets of seventies Glasgow, a notorious street-fighter, outcast by his unforgiving father, and ran out the city by The Godfather, a vicious, inhuman gangster. Joe keeps struggling to earn an honest living and failing, his family taking second place, while at the same time, his addiction for notoriety, like his father, overwhelms him.

Joe’s demons simmer close to the surface. His father battering his mother; her taking her own life; Joe’s endless torment. So, he vows not only to find his father…but to kill him. Making criminal contacts in the unlicensed boxing world, Joe befriends gangster Mr Dean. He embroils Joe in his dealings, while Mr Deans demands Joe becomes his enforcer.

Outcast by his family, Joe takes residence in his father’s old local, The Fountain Bar. Making friends with the landlady and convict Micky turn Joe into a drug and alcohol addict. And gradually, he’s turning into his evil old man. Riddled with substance-abuse and inner demons, Joe unleashes on his new girlfriend, becoming increasingly insecure and paranoid.

Monster Reaper has a fearsome reputation, the toughest bare-knuckle-fighter in the country, a killer with no sympathy for opponents, haunted by his own past. All he understands is savagery. And Joe knows that the path to his father lies in defeating Reaper, the resultant notoriety leading him deep enough into the murky world where his father lives. Now, money and his family take no interest, Joe’s urgent need to de-throne The Reaper consuming him.

The entire underworld community gathers to watch a fight that will never be forgotten. But, will the legendary, blood-soaked scrap end with the answers Joe needs??

About the Author
Lee Cooper was born in the seaside town of Banff, Aberdeenshire in 1984, and faced adversity from birth with a severe club foot. Growing up in Turriff. Learning to walk in a plaster and frame, he endured many operations up to the age of 17. Against all odds, he became an electrician, and in his late teens, took up kickboxing at the Satorishido club in Fraserbough. He won two Scottish titles and a Celtic title, competing for 5 years. A few years ago, life hit Lee hard, with his beloved granny and mum suffering from cancer at the same time. His mental health took a battering, like his kickboxing opponents in the boxing-rings. Yet, the determined fighter says he sometimes lacked the killer instinct. He found it with his blistering debut page-turner…Granite Grit, set in the seedy underworld of Scotland crime circuit.