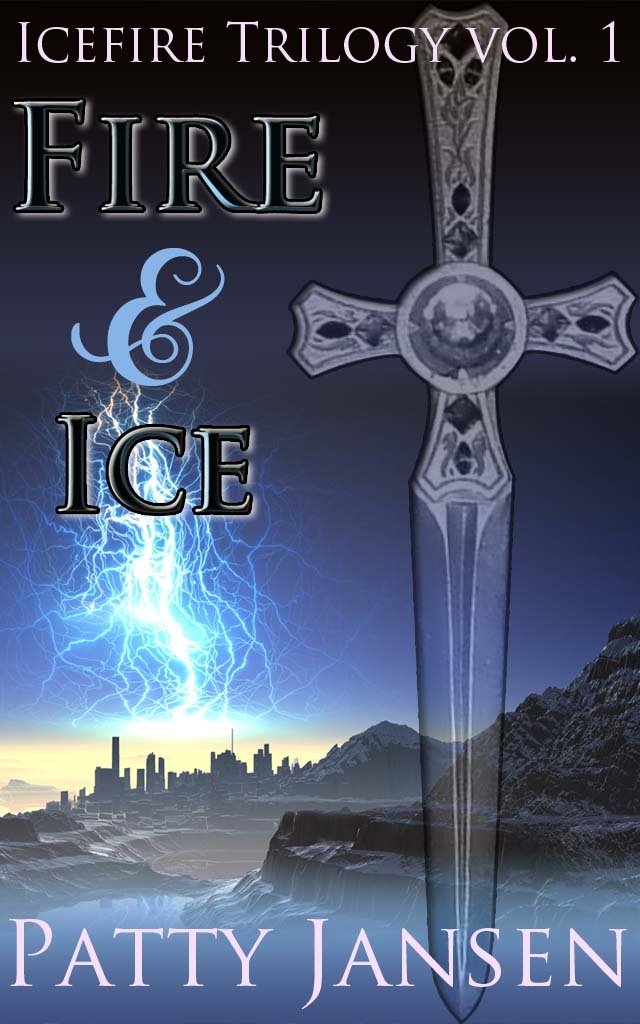 Deep under the City of Glass in the frozen southern land, an age-old machine called the Heart of the City radiates a power which locals call icefire. Most citizens are immune to it, but a few, always born with physical disabilities, can bend it to their will. For fifty years, the ruling Eagle Knights, who fly on the back of giant birds, have killed these Imperfects, fearing the return of the old royal family, who used icefire to cut out people’s hearts, turning them into ghostly servitors.

The old king’s grandson Tandor only sees the good things icefire brought: power and technology now forgotten while the people of the south live in dire poverty. He’s had enough of seeing his fellow kinsfolk slaughtered by ignorant Knights, of Imperfect babies being abandoned on the ice floes to be eaten by wild animals. His grandfather’s diary tells him how to increase the beat of the Heart the first step to making the land glorious once more. Arrogant as he is, he sets the machine in motion. All he needs is an army of Imperfect servitors to control the resulting power.

Isandor is Imperfect, an ex-Knight apprentice, betrayed by his best friend and running for his life.

The queen Jevaithi is Imperfect, living like a prisoner amidst leering Knights, surviving only because the common people would rebel if their beloved queen were harmed.

Both are young and desperate and should be grateful that Tandor wants to rescue them from their hopeless situations. Or so he thinks. The youngsters, however, have no inclination to become heartless ghosts, but while they defy Tandor, the Heart beats, and he alone cannot control its power.

About the Author
Patty Jansen lives in Sydney, Australia, where she spends most of her time writing Science Fiction and Fantasy. Her story This Peaceful State of War placed first in the second quarter of the Writers of the Future contest and was published in their 27th anthology. She has also sold fiction to genre magazines such as Analog Science Fiction and Fact, Redstone SF and Aurealis.