Mark Cusco Ailes and Derek Ailes are back with a new anthology of horror madness. 21 brand new chilling tales to take you over the edge. The Ailes Brothers of Terror bring you killer dolls, a real zombie outbreak during a zombie convention, a catnado, an alien invasion, misfortune cookies, demons, mega sinkholes, drones, executioners and more. The nightmare doesn’t stop when the Ailes Brothers take you on a thrill ride of terror.

The Doll Trilogy: Move Over Annabelle – a more evil doll is on a killing spree.
Furnado: What happens when a tornado consisting of hungry, angry cats attacks? Will anyone survive?
Class of 1994: What if you were at your twenty year high school reunion when an alien invasion takes place? Is your old school the safest place to hide from a group of aliens sent to Earth to eradicate the whole human race?
DAY OF THE REDHEADS: You are in love with the most beautiful redhead in the world, but she won’t give you the time of the day. You end up selling your soul for her affection. Wait, you sold your soul to have every redheaded women in the world fall in love with you. You are now being stalked by every redhead woman you encounter with deadly results.
LAKE SHORE DIVE: Being stuck on Lake Shore Drive during a traffic jam can be frustrating. What happens when you are stuck there when a mega-sinkhole opens up? Can you outrun its devastation as the road disappears underneath your feet and all the buildings are collapsing? Chicago meets doomsday.
ZOMBIE CON: What happens when there is a zombie outbreak at a zombie convention? Who is a real zombie or somebody in a costume? Will the cast of the hit television show, The Walkers, survive?
CLAWS: A mutated cat terrorizes a beach in Northwest Indiana. The lifeguards, along with the help from the National Guard, must battle the overgrown feline in a horror parody of Jaws and Godzilla.
DELICATE CUISINE: Chef Graham Covetts is sick of taking abuse from the head chef. He joins a cooking competition at Pleasantville to become their head chef. Will he survive a competition that turns deadly? It’s Hell’s Kitchen meets Masterchef
MISFORTUNE COOKIES: If you pay to receive a special fortune from a fortune cookie and are not happy with what it tells you, how far would you go to change your fate?
Dare To Dream: You can’t sleep because of your nightmares. You seek help from a facility that has the ability to pull your nightmare out of your dreams and into reality. Is the world ready for your worst nightmare?
These are just some of the short stories in this latest horror collection. If you are a fan of The Twilight Zone and Tales From the Crypt, then Second Journey Into the Unknown is the perfect horror thrill ride for you.

Zombies are on the loose! Space Station of the Dead, Brave Zombie World and Zombienado headline the latest collection of horror short stories by Derek Ailes. His stories have been described as American Horror Story meets the Zombie Apocalypse. The crew of Space Station X23 must survive a zombie plague that is unleashed by an alien stowaway. Will David Canese and the crew of the Kytrex stop the zombies in time? Zombie Twister: What happens when a group of storm chasers encounter an EF5 tornado infested with zombies while filming a documentary special? Will they survive the zombies or the tornado? Gargoyle’s Curse: A small town in Texas is being terrorized by a hungry gargoyle. Will Sheriff Tavenier be able to stop the gargoyle before it kills everybody in town? The Candy Factory: Willie Wonka meets Halloween 3. Henry Mars is possessed by an ancient demon trapped in a mask he bought on an auction site. The demon uses Henry Mars’ candy factory to produce mind controlling gummy bears to enslave the children of Northwest Indiana. Shark Transporter: A mad scientist using a transporter to send a great white shark on a killing spree from a plane, to a school’s swimming pool, to a zoo’s aquarium and more. The Hookup: What happens when you finally get desperate enough to join a dating site? Do you find the girl of your dreams or your worst nightmare? Derek takes you on a horror thrill ride. Just when you thought it was safe to continue, he delivers you another spine chilling tale. Read if you dare!

This book is bargain priced from 04/13/2015 until 12/31/2015 Check book price before you buy, as prices can change due to expiration of the sale or other technical issues.

When incredible minds of horror collide, the result is a journey into the unknown. Sixteen tales of horror from spiders, killer cicadas, zombie twisters, cursed relics, witches, black cats, death and more. The Ailes Brothers of Terror will have you on the edge of your seat craving more. If you are a fan of the Twilight Zone and Tales from the Crypt, then this collection of horror terror is for you.

INSECT ZOO: Interested in insects? Then you have come to the right place? For a small fee, you can experience a thrill of a lifetime. Do you dare? Stay away from the main attraction – she bites.

THE JEWELRY BOX: If every time you hurt yourself an antique jewelry box rewarded you with money, how far will you go to make a lot of money?

KARENA. Karena is a teenager living with her strict religious mother. When she turns her back on God and runs away with her boyfriend to Minnesota, will she discover that she is in fact a witch? Will her feline companion, Triskies, guide her on her way?

ZOMBIE HUNTER: Devlin, the Zombie Hunter, must find the girl who possesses the cure to the zombie plague, before the evil Dregs. With zombies lurking around every corner, it’s a fast pace zombie adventure.

ZOMBIE TWISTER: what happens when a group of storm chasers encounter an EF5 tornado infested with zombies while filming a documentary special? Will they survive the zombies or the tornado?

THE WHITE WOLF: Pete visits his wife’s grave every day. One day at the cemetery he encounters a white wolf. Is the wolf a threat or a warning from the other side?

THE FREEGANS: What happens when you dumpster dive and find something that transforms you into something evil?

Haunting memories lurk in the dark corners of this mysterious walk from the past.

When Dr. Marc St. Clair inherits his eccentric aunt Miriam’s old Victorian house in Wisconsin, her Will states that he and his invalid wife, Summer, must live in the house for one year before they can own it. Despite the fact that Calico Acres is rumored to be haunted, Marc accepts Miriam’s generous offer without telling Summer, who would prefer to remain at her parents’ comfortable estate in Iowa.

Summer grew up the spoiled daughter of a Chemistry professor who’d stop at nothing to grant her every wish. Then along came Dr. Marc St. Clair with his special brand of hot chemistry, hoping to match the young woman’s own desires. But although he was educated in the art of healing human bodies, Marc finds he is lost when it comes to curing his wife’s emotions. After a disastrous honeymoon and a riding accident that left his beautiful wife confined to a wheelchair—bitter and full of self-pity—Marc knows that for their marriage to work, he must get her away from her family.

Summer hates the “moldy gingerbread house” with eleven-foot ceilings and dark hallways when she arrives at Calico Acres with Marc and their elderly housekeeper, Josephina, on a cold, snowy day in January. She’s infuriated that her husband has brought her to an area of Wisconsin noted for ghostly hauntings, a place far from her doting parents.

After a tour of the house, the women’s imaginations run wild: the ruins of an old, burned-out barn resemble “Stonehenge”; ghostly apparitions appear on a balcony, an upstairs storage room is so creepy they sense something sinister. It’s a good thing Summer doesn’t know there’s a family cemetery on the property—if she met Aunt Miriam’s ghost face to face while confined to her wheelchair, she’d probably die of fright!

As unexplained events occur throughout the year, even their gossipy neighbors try to make them leave. But Marc is determined to stay. He made a deal, and he desperately wants the house. He feels a strong connection with his late aunt, although he had never met the woman and his family never discussed her except to say she was crazy.

When Marc hires Raven Bear as his wife’s therapist—a Chippewa girl who arrives one day on a black stallion—every aspect of his life is thrown into turmoil. Raven is certainly competent at her profession, as well as having an innate talent with horses. The young woman is full of mystery … and desire for Dr. Marc. Frustrated beyond belief by Summer’s frigidity, Marc’s attraction to Raven is unnerving and exasperating as she wastes no time trying to entice him into her bed.

As Marc struggles with his physical urges, he searches the house for details of Miriam’s life, while his wife is forced to confront certain issues from her own past. Marc tries to resist Raven’s advances as she literally throws herself at him, and he blows up when she washes her personal laundry in his bathroom and dries her underwear on the shower rod. She’s entirely too tempting, this attractive female who can’t keep her hands to herself.

Marc St. Clair must find answers to their problems before the year is up, or risk losing the house and the woman he loves. Little does he realize how close he is to losing both. 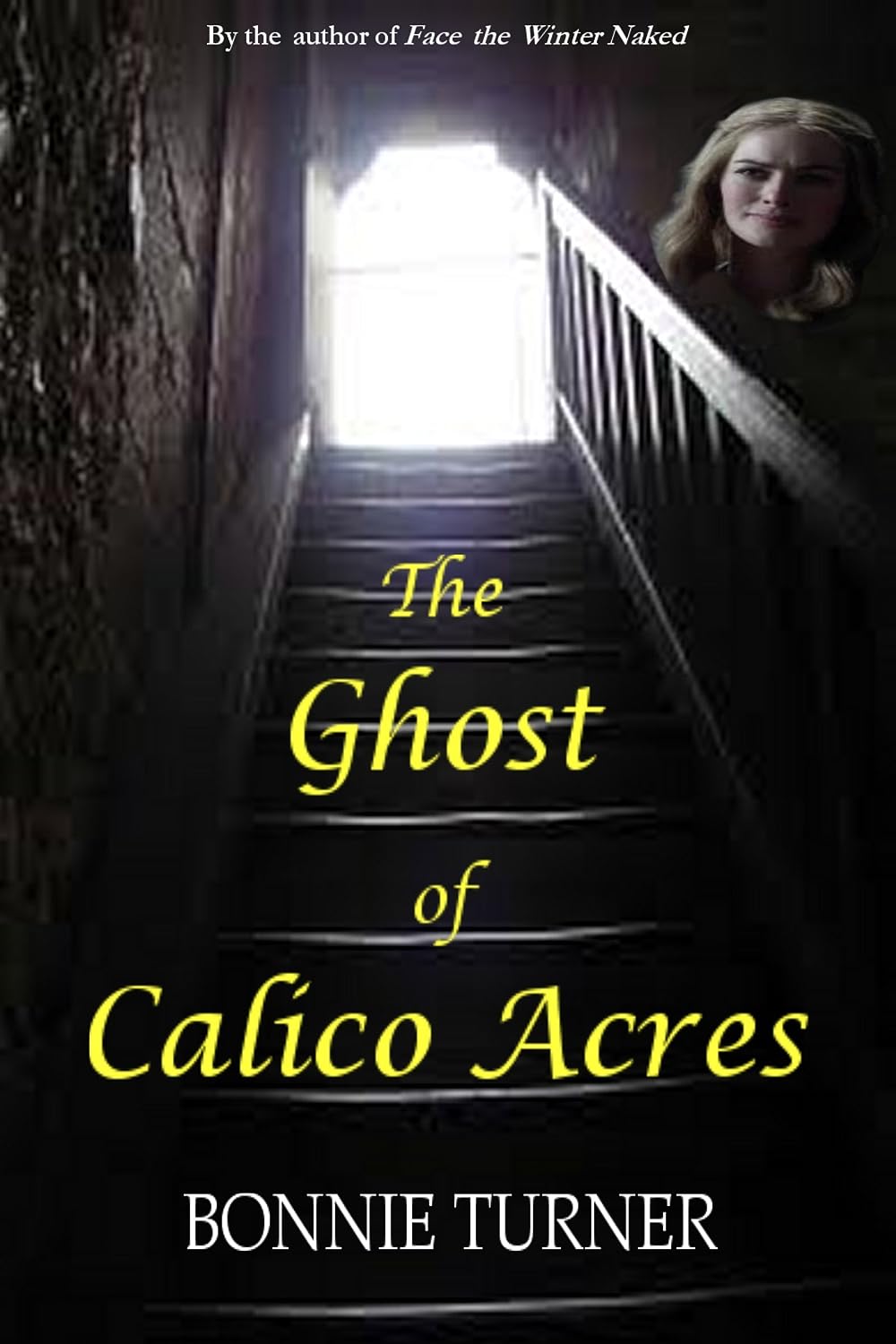