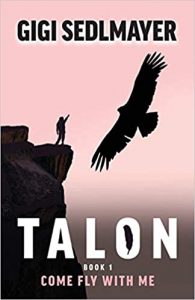 Inspiring story of a girl whose disability is her greatest strength and brings the important message of never losing hope in hard situations and using misfortune to look for an opportunity to be kind.

The story takes you into the Andean Mountains of Peru to a remote village where you meet a young girl, named Matica, who worries about being shunned by the tribal people because of her growth disability that makes her different from everyone else.

One day she befriends two Condors she names Tamo and Tima. The village natives watch from a distance as her friendship and trust grow with the Condors. It only takes a short time before the entire village accepts the little girl for who she is when they find she can also communicate with them.

And then the adventures begin, changing her life in marvellous way. Matica is delightful, caring, and undaunted by these giant birds and their offspring, she and her father rescue from poachers.

About the Author
Gisela (Gigi) Sedlmayer was born on 19 May 1944 in Potsdam, a suburb of Berlin in Germany.
Her family escaped to the West just before the infamous wall went up. They moved around in Germany, following where her dad got work. That meant she had to change 9 times schools. In the end she never had friends again, of fear, she will lose them again.
Finally, they settled in Munich where Gigi studied architectural drafting and met Albert in 1965, marrying in December 1967. She worked as a civil drafts-person in various private consultancies in Munich.
Since her uncle was a writer, she tried to write short animal stories herself. Nothing further came of it, but she developed a love for the written word and started to consume books.
In May 1975, Gigi and her husband moved to New Zealand. Because of language challenges, she started a handcraft business. As a specialty, she made colourful parrots in several sizes of which she sold thousands in a few years.
In 1988, they decided to adopt and became adoptive parents of twin girls the year after. They lived in New Zealand for eighteen years and moved to Australia in September 1992.
One year later Gigi was diagnosed with cancer. After operations and radiation, she withdrew, thinking that she would probably soon be dead, like her friend who died of cancer, but her two little girls gave her the courage to keep going. After a few years, still among the living, her brain started to work again, so she thought, 'Get a grip on yourself and do something good with your life'.
She remembered the time she wrote short stories and got inspired again, seeing her husband Albert writing the story of their adoption. Her English became increasingly better so she pressed on to develop her creative writing.
Albert taught her how to use a computer and she wrote many short stories. She entered them in competitions and often got very good reports back, which gave her confidence to go on writing. One day the idea for the TALON series came to her and she spent the next several years bringing the story and the characters to life.
She now loves writing and spends most of her time at the computer, developing new story lines. She also loves traveling, 4×4 touring, swimming, gardening, handcrafting, reading, fossicking and enjoys good adventure DVD's or going to the movies.
Teaching Children Self-Confidence Through Service to Others