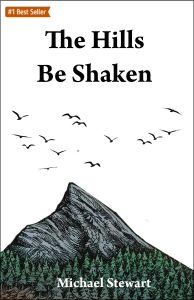 Mose Haley was an engineer, but in a few short months, he will have his FBI badge . . . and his revenge.

Two weeks ago, Mose was designing highway curves that safely carry minivans loaded with three kids and a dog doing 70 miles per hour. Now he is standing next to hot ammunition casings holding a standard issue Glock 23 handgun with the slide locked back and the barrel smoking. Two weeks ago—before the people he loved died—was a lifetime ago.

The attack on Manhattan, Kansas, dubbed Little 9/11 was the first. Officer Sam McGuire was there when it happened, shaken like everyone else on that day. The day he witnessed the collapse of a two-mile dam. Also, the day Sam saw the blonde in the park. The fit woman, jogging with an AR-15 and a pistol. He has questioned her and questioned her again. He has gone to ground zero and rummaged through the debris. Sam is a good cop, but he cannot piece it all together. He needs help. He needs an engineer.

Mose wants to believe he has the grit for the job, but he is a rookie. He has never had to face rooftop gunfire or defuse a bomb in a playground with sweaty hands and a paperclip. Mose Haley has never been tested . . . until now.

About the Author
Michael Stewart came here to listen to the Cranberries and write books . . . and he's all out of Cranberries.

But seriously, that is not all he does. In Stew's spare time he earns Nintendo world records, including such classics as Back to the Future. LGN never sounded so good. His father always told him as a kid, "Stew, if you're going to break a world record, do it in style."

Stew resides amongst the tallgrass of the Kansas prairie with his beautiful wife and six kids. Yes, you heard that right, she is truly beautiful. They enjoy 8-bit video games, Chiefs football and long walks on the beaches of Kansas. Stew looks young for his age and blends right in with his five boys; looking for him in their family photo is like reading a Where's Waldo book.

Oh, and if you like holograms, check out Stew's TED Talk, it's about holograms and fuel tax . . . I know right, that lazy topic again, but this time it's from the perspective of an engineer, so you know it will be hilarious.

He eats apples in one bite, like a horse.