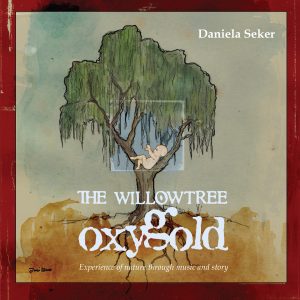 END_OF_DOCUMENT_TOKEN_TO_BE_REPLACED

This book is bargain priced from 06/08/2015 until 12/31/2029 Check book price before you buy, as prices can change due to expiration of the sale or other technical issues.

The Daughter-in-law Syndrome delves into the complicated relationship that is causing much friction between Grandmother Edna Deane and her daughter-in-law Arla. In addition it focuses on the sometimes tumultuous partnership between Arla and her husband Ric.

Arla Deane sometimes likens her marriage to undergoing daily psychological warfare. Husband Ric will never voice an opinion, and puts his mother Edna up high on a pedestal. Arla is sick of always feeling that she comes in at only second best to her mother-in-law, who much to Arla’s fury is never told anything by Ric or his sisters that she would not want to hear.

This novel explores the husband/wife, mother/son, and mother-in-law/daughter-in-law relationships. After twenty eight years of marriage, Arla, the daughter-in-law, is at the end of her tether and persuades a reluctant Ric to accompany her for marriage guidance. As they look back over their lives with Counsellor Toni Beecher, Arla slowly comes to realise her own failings, and eventually discovers the long-hidden reason why Ric will never utter a cross word to his mother.

Also, adding to Arla’s stress is the fact that her son Stuart will soon be marrying Ria, a girl whom Arla feels is just looking for a free ride. Arla is convinced that Ria will be no asset to Stuart at all; her new daughter-in-law just wants to be a mother and has no intention of ever working again once the babies start to arrive. After visiting Stuart and Ria for Sunday lunch, Arla is convinced that her son is making the biggest mistake of his life…..

This book is bargain priced from 05/24/2015 until 05/25/2015 Check book price before you buy, as prices can change due to expiration of the sale or other technical issues.

Revealing a secret may be liberating, yet some secrets can never be disclosed.

A year after her husband died, Deborah is still deeply torn over her role in his death, but she can’t confide in anyone without breaking a solemn promise. Her granddaughter, Ashley, is no longer the cheerful, confident tomboy Deborah remembers. Ashley has secrets of her own. The death of a student at her high school has cut her to the core for reasons she has kept hidden.

Neither of these two family members expected their summer visit to be transformative, but life is sometimes full of surprises. In this novel filled with sadness and laughter, with fear and courage, two people turn to love to lift them beyond their painful memories and secrets.