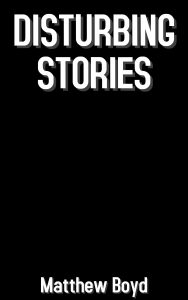 About the Author
Born in Harlem, Matthew Boyd was raised in the Lionel Hampton Houses. He earned his AA from Borough of Manhattan Community College and is a Communications Manager at Mortis Media. A critical communications expert, Matthew focuses on branding, social media, and public relations. His research interests include mental health, and modern and contemporary art, film, literature, and pop culture, and the impact of all the above on society and future generations. Matthew is currently working on a podcast ALL BLK interviewing inspiring black creatives, black business owners, black athletes, black teachers, and black innovators who share their powerful stories and heavy advice for listeners. His latest publication, “Why All American Children Should be Bilingual,” (https://bit.ly/3cNyn8o) discusses findings from his research in college. He has a blog Minyourmatt (mindyourmatt.wordpress.com), and also a member of Phi Theta Kappa Honor Society, and NYC Mens Teach. Matthew is a 10k finisher, seasoned copywriter, journalist, graphics designer, editor, producer, and director, and is also a volunteer at Harlem Grown Farms. He is the creator of “The Behemoth” and “Ask A Professor” podcast.

War is a natural phenomenon.
It’s Nature’s way of dealing with overpopulation. It’s basically a Cull. War, earthquakes, floods, pestilence are her reactions to the overcrowding of this planet.

I start Wars. I initiate the Culls.

If you really looked at world history, you’d be able to identify my hand in most of the major conflicts in the past three thousand years. I instigate and magnify conflict. I set parties against each other. You humans are predisposed to kill each other anyway. I just make sure that it’s done on a gargantuan scale that leaves an imprint.

It’s time for a new major struggle: a World War. As with all things, it’s “think big and start small”. You don’t just wake up and start a world war. It takes a lot of preparation. A lot of networking. Diplomacy. And usually brutal murder.
I cultivate certain characters that have potential. They need to have the basics: the charisma to entice others to follow no matter what, and the insanity to cross over the boundaries of good sense, ethics, morals and basic humanity. Thankfully, there are more than enough candidates around. I just choose the one with the best credentials.

I gather the tinder.
Strike the match.
Fan the flame.

About the Author
Monique Singleton writes compelling stories that mix fantasy with realistic psychological suspense and unique insights into the mind of the main characters.

Her style conveys a sense of irony and understatement that provides a counterpoint to the fantastic events of the story. She doesn't overwrite or linger on description. Her prose is unadorned, lean, supple, and muscular. It is not the usual feminine fiction. The story moves and gathers a great deal of power.
Monique’s characters practically leap off the page. The main character, especially, has a tremendous amount of personality that comes through marvelously well. She is sardonic, cynical, and chillingly frank, but she has real personality, and although she hates humans, there is something engaging about her. Despite her prickly personality, readers will identify with her. She is a person—well, she isn't human, or claims not to be, but she's still a person, for all that she changes in a super-fierce feline creature—who is treated unjustly and defies authority, telling the powers that be to go to hell, and anyone who does that can't be all bad.
Immortality is forced on her in the Primal series. She never asked for it and doesn’t want it. Now she must come to terms with what is basically an eternal life sentence.
For most of us, immortality would seem like a dream come true. Nothing could be further than the truth. Her Immortality was the ultimate nightmare. And that was even before she found out about the bloody price she has to pay for eternity.
To stay sane she must uncover the secret behind her immortality. Set against the background of world war three and four, she seeks not only clarity and a purpose in life but also a way that she can hang on to her fragile sanity.

Primal Series.
The Primal series follows a number of story lines that interact to form a greater whole. 2017 will see the launch of at least four books in the Primal series. Primal Nature and a perma-free novella Warmonger form the first acts of the story in February, followed by Nature of the Beast in April and The Beast Inside planned for June. After that who knows. They story is not finished so there will be more to come.

Personal background.
As the daughter of a British soldier and his Dutch wife, Monique was born in an English military hospital in Germany. The family toured the world where she was exposed to many cultures and countries. Finally settling down in the Netherlands she pursued a career in Art and later in ICT.
About six years ago Monique started putting the scenes she had running around in her head, down to paper.
Scenes led to a story, the story to a book, and the first book to a series.
In addition to her writing, Monique still holds down a full-time job as a business consultant. She lives in a beautiful old farmhouse in the south of Holland with her two soppy monster dogs, some horses, and a cat.
The cat is the boss.

Teenagers push all the limits and break all the rules at a party weekend in an abandoned lake house, but there are some lines you can’t uncross.
They didn’t think they would have to live with the regret.
They were right.
Cringe to sex slasher shame in Beer Bong Bloodbath.

When someone tries to play a deadly game with George Murdam, the Murder Man plays rough. Recoil from the crime horror of Violation: Red Holes.

No word is wasted bringing you the best in pulp action.
No nerve is untouched unveiling the worst in crime depravity.
No line is uncrossed giving you a frank look at what happens behind closed doors.

48,000 breathtaking words of action and horror.

Lily
Ripped from Heaven, Burned in Hell.
Caught and caged in beauty.
Beauty comes at a cost.
One man holds the key to our survival, to our freedom.
Find out how I lived and lost the greatest thing on earth.
Love.

Jake
I didn’t see her coming and that will be my downfall.
She will ruin me, take everything from me, and give me everything I can’t have.
I can’t help her. I won’t.
She is innocence. She is strength.
She is my piece of heaven in hell.
I’m not letting her go.

Passion is blind in vengeance and love …

Ayden’s suburban home was invaded by a pack of Lycans.

The brutal attack is the only memory she carries of her former life.

Now, one motive burns in her soul:

The Sons of Wrath—a brood of vengeance-dealing warrior demons—band with Ayden to hunt the Lycans on Detroit’s most deadly feeding grounds.

Unfortunately, the newly bitten Lycan has something she wants—clues that may finally lay her past to rest. To reach them, she must be willing to submit to the sensual pleasures awakened by his touch.

Time is running out.

In seven days, Kane will become what Ayden despises most. She can halt his transformation but the antidote requires the ultimate sacrifice. As the beast takes hold, Kane becomes more of a threat.

Ayden must choose between her lust for revenge, or surrender to her enemy and discover a horrible truth.

A secret message etched into a girl’s soul. A hidden universe atop our own. Bizarre monstrosities stranded on Earth. When all these collide in the life of Gillian Boone, she must run to survive.

Her struggle leads her into a world hiding just beneath the curtain of our own – an underworld of vicious creatures and dark magic. A world in which her own family is not what they appear.
Where her only savior may be her deadliest enemy.

She better come up with answers fast because more than one life hangs in jeopardy.
Filled with action and excitement, intrigue and mystery, A Glimpse of Her Soul is a pulse-pounding ride that will stay with you long after you’ve read the final chapter.