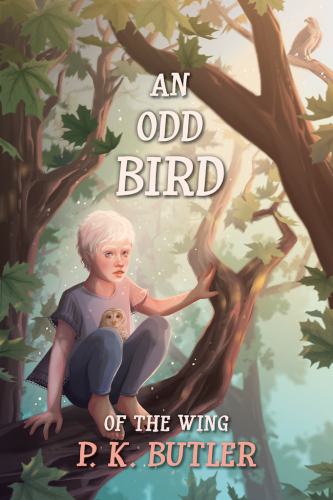 Hawk or hummingbird, birds find Claire Belle irresistible. In fact, they seek her out as if summoned. The question is, why? The eleven-year-old searches for answers with the help of two new friends: Victor, a Native American boy who rides her school bus, and Jerry, an old man who roams the forest. Through their friendship, Claire awakens to an almost mythical hawk with whom she must communicate to learn the secret of her destiny as a champion for birds.

Claire and her mother Louise live in a densely forested region of north central Pennsylvania where her mother is about to open a small rural grocery store. While drifting through the woodland with her sheepdog, Claire encounters a local red-tailed hawk known as Big Red and an old man with a pet chicken, who tells her amazing stories about the female hawk. Like herself, Jerry is an oddball with an affinity for birds. But as Claire develops a cautious friendship with this mysterious and erratic elder, her new friendship with Victor falters. He is best friends with her foe, Billy, a bully in the seventh grade. And Billy’s father is a drunkard obsessed with killing Big Red. Claire works to defend the raptor, whose life increasingly entwines with her own, while dodging Billy’s mean-spirited plots against her. Finally, Victor comes to Claire’s aid. And together they work to solve the strange mystery of her ability to attract birds, a mystery that includes the wizardly old man and the mystical hawk to whom they give the name Ku-Khain.