Grendle the Shopkeeper has disappeared, and it’s up to Ollie’s crew to find him before it’s too late!

Narrowly missing a wandering splat of ectoplasm, or Bernard as he was more commonly known, with a deft side step, Ronnie entered the shop to the clanging of the little silver bell that hung over the door. His brow furrowed as he absently scratched his cheek. Grendle always came out after the tolling of the first bell. Always.

Where was Grendle the shopkeeper?

Later on, the local press are interviewing the Skullenian residents after an incident at the fountain whilst Noah and Gertie, a happy young couple, discover a dismembered corpse whilst taking a romantic, moonlit stroll through the cemetery. Are the strange events linked? Is anything else going to happen? Can I write any more of this nonsense without giving the game away?

Someone’s going to have find out what’s going on and in Skullenia that can only mean one thing. That’s right! Ollie and the boys have another puzzle to solve. Do they unravel this mystery? Can they avoid the carnivorous attentions of Noggin, a rather special cat? And will Professor Crumble ever invent anything useful?

Wuthering Frights is the third novel in The Skullenia Series. 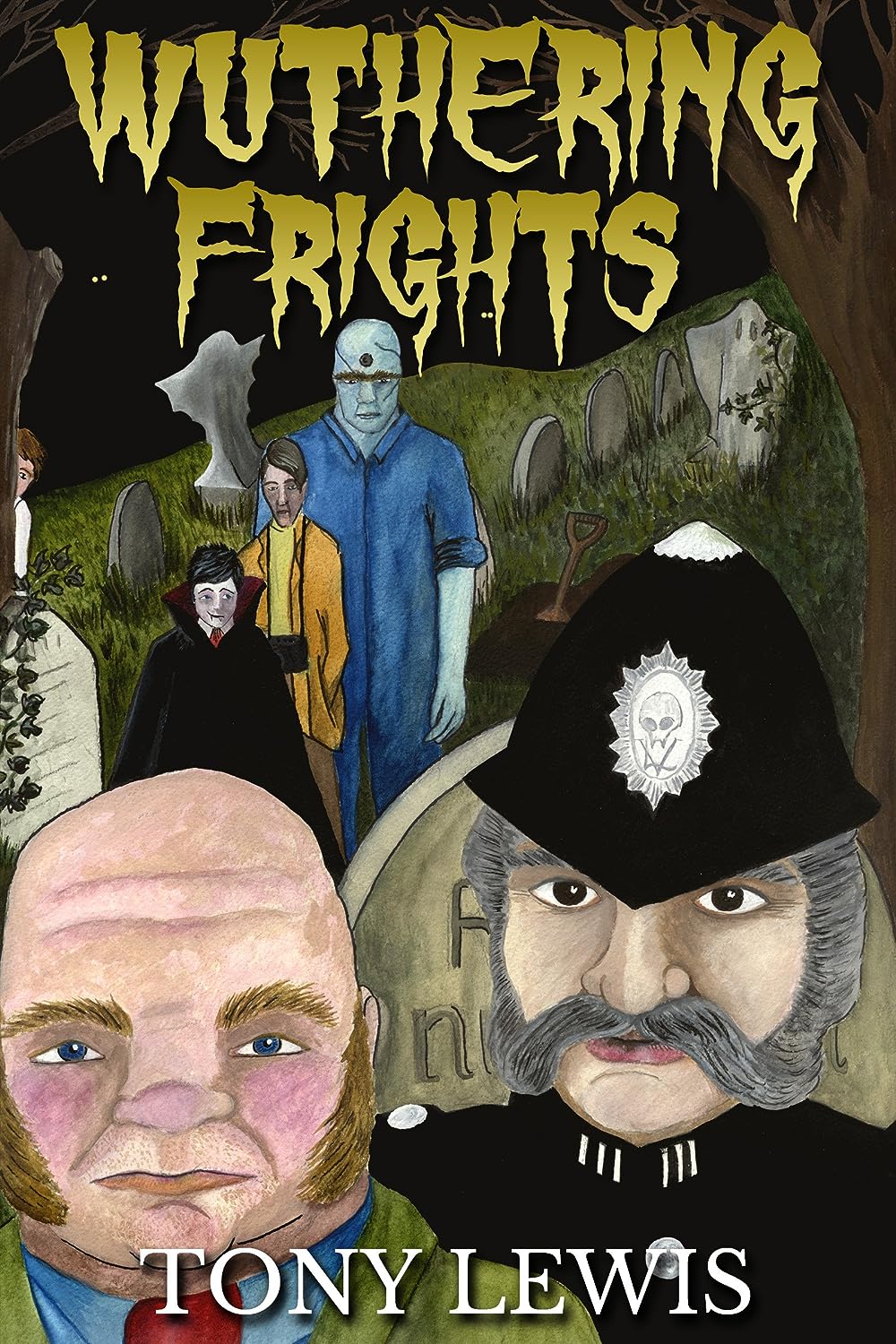 About the Author:
Tony Lewis was born in Cardiff, South Wales in 1967. After finishing school he, like many authors, has had a series of differing and varied jobs including working in a warehouse and as a police officer.

He is married. His wife is an ex nurse, who designs and paints his book covers. He has a son and two stepchildren and lives in Kent, UK.

His novels are a mixture of the supernatural combined with a healthy dose of extreme silliness.

When asked what inspired him to write he said “I was unable to find the laugh out loud, daft joke type story that I wanted to read, so I wrote my own.”

He is pleased and proud to now be with publisher CREATIVIA, so check out their site at www.creativia.org where links to his books and other great novels can be found.

If you’ve been kind enough to read any of his books and enjoyed them, then a review would be great.