At the height of Prohibition three sisters in a genteel Massachusetts family turn rumrunners to save their family. Desperate to provide for their newly widowed mother and little brother, they use the family’s pleasure schooner to smuggle whiskey from Canada.

Kate, the bookworm, hatches the plan, sacrificing her last year at Wellesley to make every grueling and dangerous trip. Rosalie risks her engagement to a clergyman to help on the home front, and tends Kate’s gunshot wound from rum-pirates. Aggie, a dazzling flapper hungry for adventure, uses the undertaking to become involved with a man she doesn’t realize is a vicious killer.

Kate’s courage in the face of storms, crooks on both sides of the law, and the treacherous tides of the Bay of Fundy change her view of the world. It also changes the lives of those around her. The Portuguese-Irish fisherman she hires to captain Pa’s Folly earns money enough to provide previously unimagined options for his poor but close-knit family — but bears the secret burden of falling in love with Kate. A wealthy old woman dying of loneliness in her cliff top mansion finds reasons to live. Even Kate’s cousin, shattered in body and spirit by his service in The Great War, is caught in the ripples.

THE WHISKEY TIDE is a sweeping saga of family ties that bind and chafe and sometimes fray, and of new horizons glimpsed in the dark of the moon. 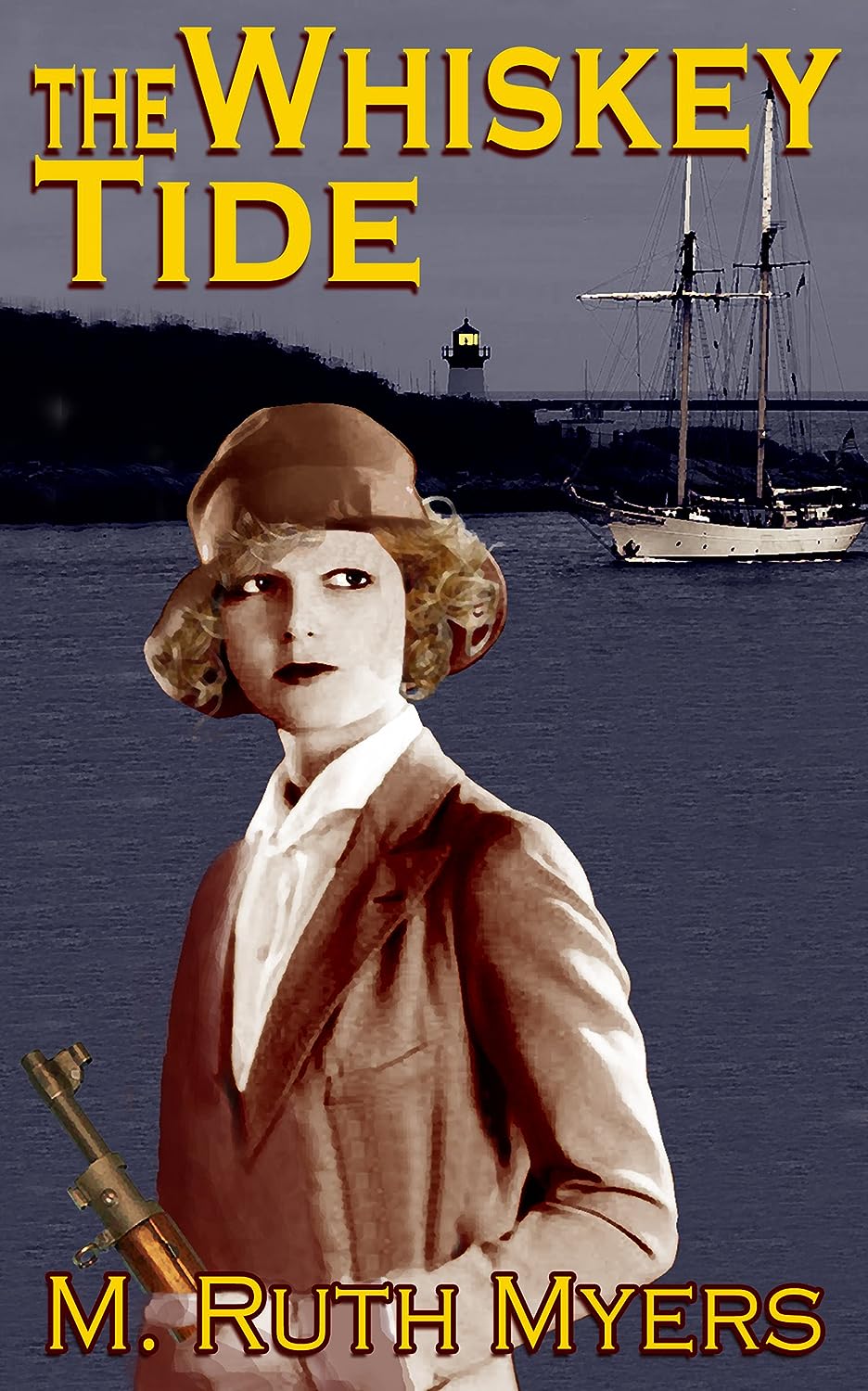 Author Bio:
After nine novels from traditional publishers, M. Ruth Myers joined a growing number of independent authors. Her works have been translated into numerous languages, optioned for film and condensed for magazine publication. She has been a popular instructor at writers conferences from coast to coast.

Ruth and her husband have one grown daughter. They live in Ohio as domestic staff to an over-empowered cat.
You can find her on Facebook at MRuthMyers.author or at www.mruthmyers.com . Her blog is http://www.GalGumshoe.com . She loves to hear from readers.

What Inspired You to Write Your Book?