Within the many pages of The Razzamatazz Fun eBook, the first eBook of its kind, you’ll discover what it’s like to travel with UneasyJet; answer the question Are you capable of bestiality?; read about the latest blockbusters from Northern Books (they’re grand!); enjoy a game of Lad’s Night Out, peruse the menu at top Indian restaurant A Passage to India, (and bottom restaurant A Back Passage to India). and read your horoscope with Your Stars by Delma. An example: –

All this and much, much more. 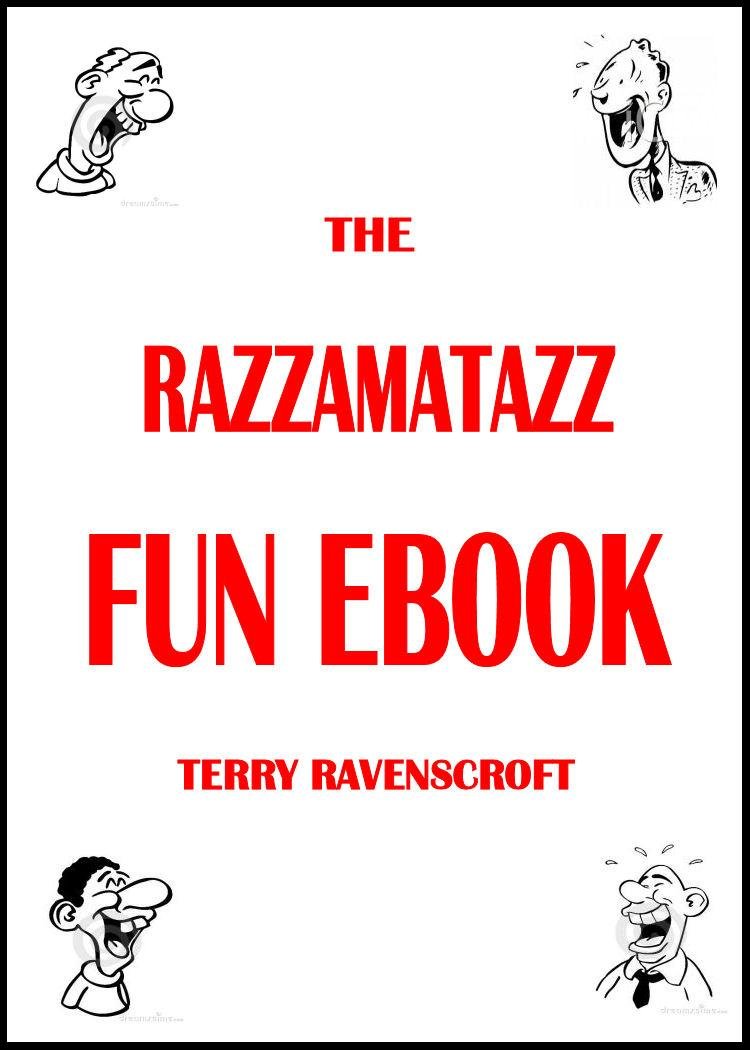 How is Writing In Your Genre Different from Others?
I write in several genres

What Advice Would You Give Aspiring Writers?
Nose to the grindstone

Author Bio:
Terry Ravenscroft (1938- ) was born in New Mills, Derbyshire. He still lives there, with his wife Delma and his mistress Divine Bottom (in his dreams).

He has written television scripts for, among others, Les Dawson, The Two Ronnies, Morecambe and Wise, Alas Smith and Jones and Not the Nine-o-clock News. He wrote many episodes of the situation comedy Terry and June and the radio series Star Terk Two. He now writes humorous books.

What Inspired You to Write Your Book?
The need to make a living