When Rachel inherits her grandmother’s home in the idyllic village of Honeycomb Falls, she decides to turn it into a gorgeous bed & breakfast. Yet will her plans survive her encounter with the sinfully hot werewolf masquerading as the gardener, or the darker heritage that her grandmother has left her, whom rumor has was a powerful witch?

The harder she resists him, the faster her clothes will vanish.

Outspoken Sarah Santorelli hides her sensitive side behind a gruff personality. Fear of abandonment causes her to manipulate romantic relationships to avoid involving her heart. But when her prying aunt casts a spell on her, Sarah ends up on a voyage of discovery on the open seas.

The problem? Every time Sarah lets her guard down, instead of casting off her emotional barriers —the spell makes an item of clothing disappear.

Anthony Mancini has clawed his way to the top. Along the way he’s become a workaholic, putting the demands of his company above those he loves. That’s how he lost Sarah, and he wants a second chance to prove he’s changed.

Thanks to Aunt Lilly’s spell, and a week-long European cruise, stripping Sarah of her defenses just got easier. 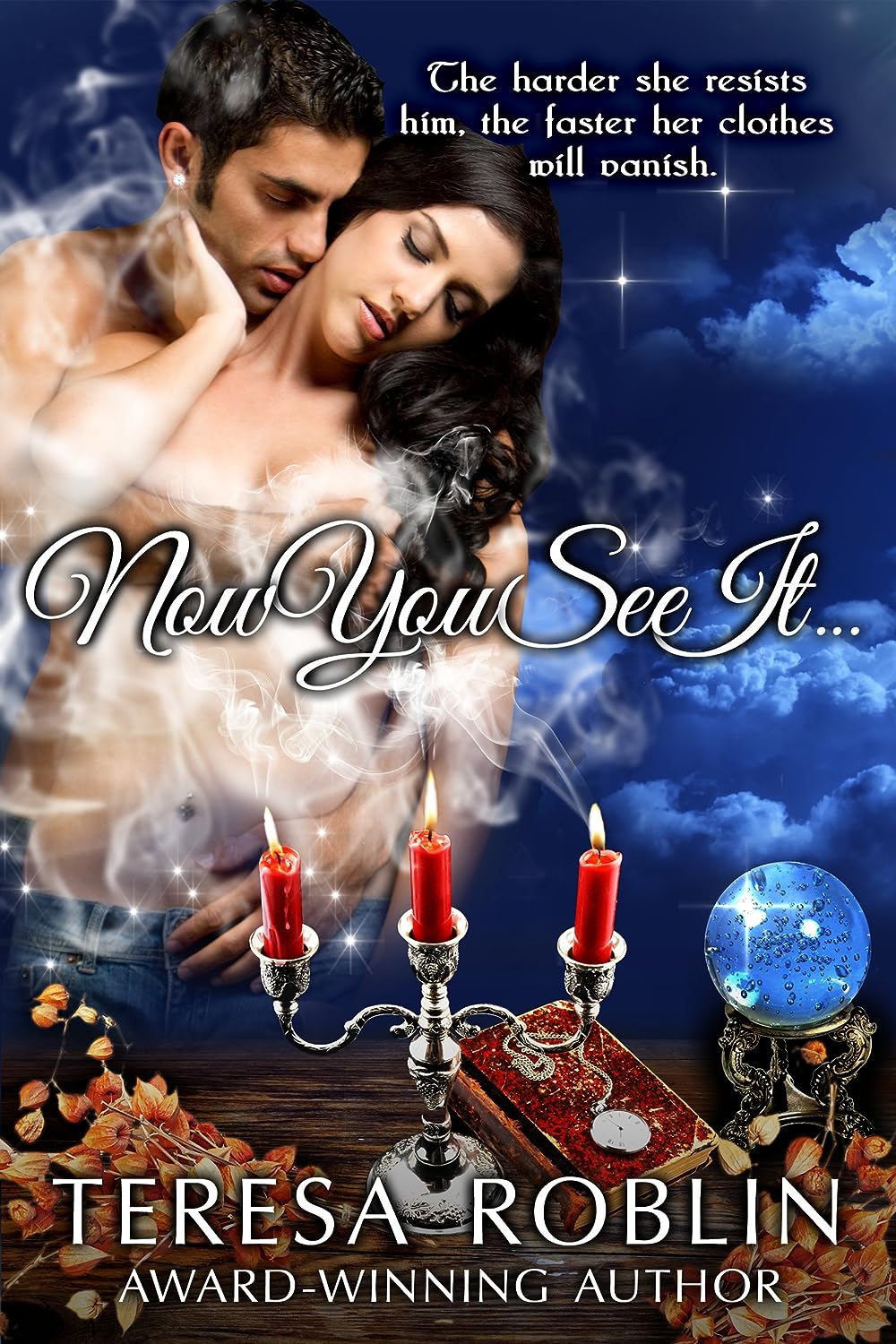 She just lost her heart to the ocean…
Ex-hacker, Cassie Easton, has just made out with her boss—mistake #1. And he’s just told her he’s engaged—mistake #2. She thinks her heart might have just been shredded for good.

The idea of going back to work with him after that is humiliating enough, but things just keep getting worse. Sean’s not acting like the man she knows and loves. She barely recognizes him anymore. Something fishy is going on, and Cassie reverts to her criminal ways to find out why sexy Sean O’Callaghan is dating an old trout and running scared.

When it turns out to be the mystic forces of the ocean that’s screwing up her love life, she wonders if she’s finally lost her mind. If she can just survive a wasted wizard, a jealous sea witch and Selkie lore, maybe she’ll get to fall in love, assuming she doesn’t get arrested first. 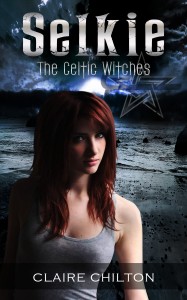 This multi-author boxed set features 10 titles from popular YA authors, all centered around GIRLS ON FIRE — a powerful YA heroine kicking butt and fighting for love.

WITCH FALL – Amber Argyle
High Fantasy
Supreme in their dominion over seasons, storms, and sea, the witches have forgotten the unmatched destructiveness of mankind. And among the weapons men seek are the magical songs of the witches. Born of witches but raised among their enemies, Lilette searches for a way to heal the rift between mankind and the witches. But it may be too late to save either. For if there is one thing Lilette has come to know for certain, it’s that all things fall.

ETERNAL STARLING – Angela Corbett
Paranormal Romance
For centuries, Alex Night and Emil Stone have yearned for Evie Starling. When both men claim to be her soul mate and tell her about an unbelievable past, Evie learns that she’s not the person she thought she was, and her soul is about to become the rope in an eternal tug-of-war.

AWAKENING – Christy Dorrity
Fantasy
When an ancient curse threatens McKayla McCleery’s family, she must decide what in her life is real and what is fantasy. Based in Celtic mythology, Awakening is a gripping young adult fantasy that is rife with magic, romance, and mystery.

INEVITABLE – Tamara Hart Heiner
Suspense
Visions of death plague Jayne, who thinks watching her sister die is the worst that could happen to her. But when she witnesses a murder, Jayne realizes that the next death she sees might be her own.

WATCHED – Cindy M. Hogan
Romantic Suspense
Change. She longed for it.
A murder. She will never be the same.

THE FORGOTTEN ONES – Laura Howard
Fantasy
Allison O’Malley doesn’t trust her father, so why would she believe his fairy tale about a long forgotten Irish people, the Tuatha de Danaan? But truths have a way of revealing themselves. Secrets will eventually surface. And Allison must learn to set aside her plan and work with her father if there is even a small chance it could restore her mother’s sanity.

ELEMENTAL HUNGER – Elana Johnson
Futuristic Fantasy
Sixteen-year-old Gabriella Kilpatrick can shoot fire from her hands, which would be great if she didn’t get blamed for a blazing inferno that kills 17 schoolmates. Gabby will have to learn who she can trust, how to control her own power, and most of all, how to lead a Council of Elementals, most of whom have more control over their power than she does. If she can’t, she’ll find herself just like those 17 schoolmates: burned and six feet under.

THE FAERIE GUARDIAN – Rachel Morgan
Fantasy
Kickbutt faerie Violet is about to graduate as the top guardian trainee of her class, but when an assignment goes wrong and the human boy she’s meant to be protecting follows her back into the fae realm, a dangerous plot is set in motion.

PERCEPTION – Lee Strauss
Dystopian/Romance
Eternal Life is to Die For.
A spoiled genetically altered girl needs the help of a jaded “natural” boy to find her missing brother.

INTRINSICAL – Lani Woodland
Paranormal
The gene that allows the women in Yara’s family to see and communicate with spirits seems to have passed her over. Until the night she rescues a local hottie from an attacking ghost. Her act of heroism attracts the attention of the evil spirit, and she finds herself entrenched in the middle of a sixty-year-old curse that haunts the school, threatening her own life as well as that of her friends.

Together, these books have over 500 5-star reviews on Amazon. 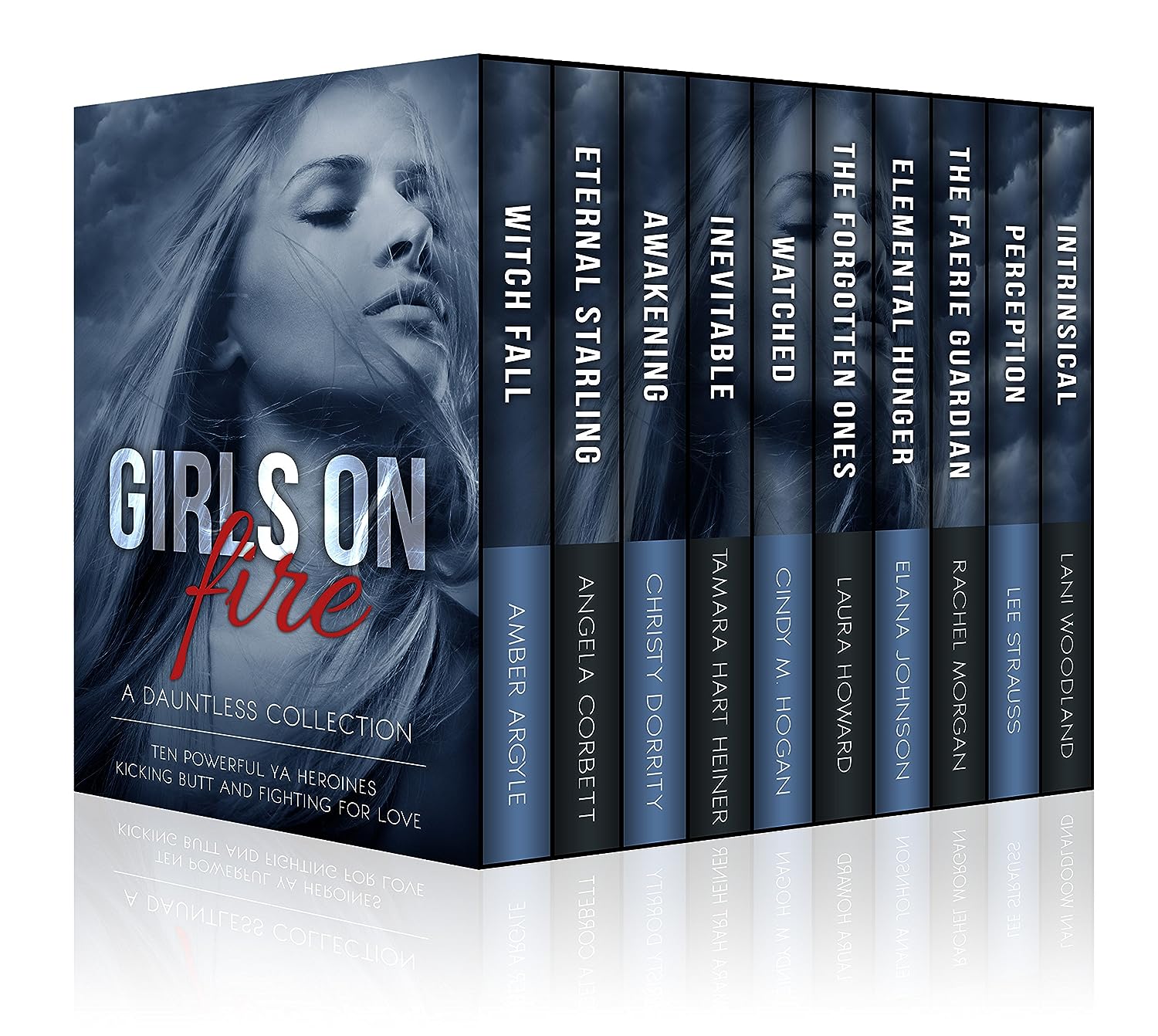 Regan’s arrival in Ireland may have heightened her powers, but it has also given Agrona and her minions more cause to make sure she doesn’t make it to her coronation. She battles the enemy with Jake and her friends at her side, all of them understanding that some may be lost in order to save the Tuatha people as a whole. With every attack and the harsh welcome she receives from the council, Regan is more determined than ever to prove why the deities have chosen her to be the Queen.

Although part of her has sadly accepted that she may never see her family again, it isn’t until Regan is pulled into the Otherworld and handed over to Agrona that she hopes they can all survive without her 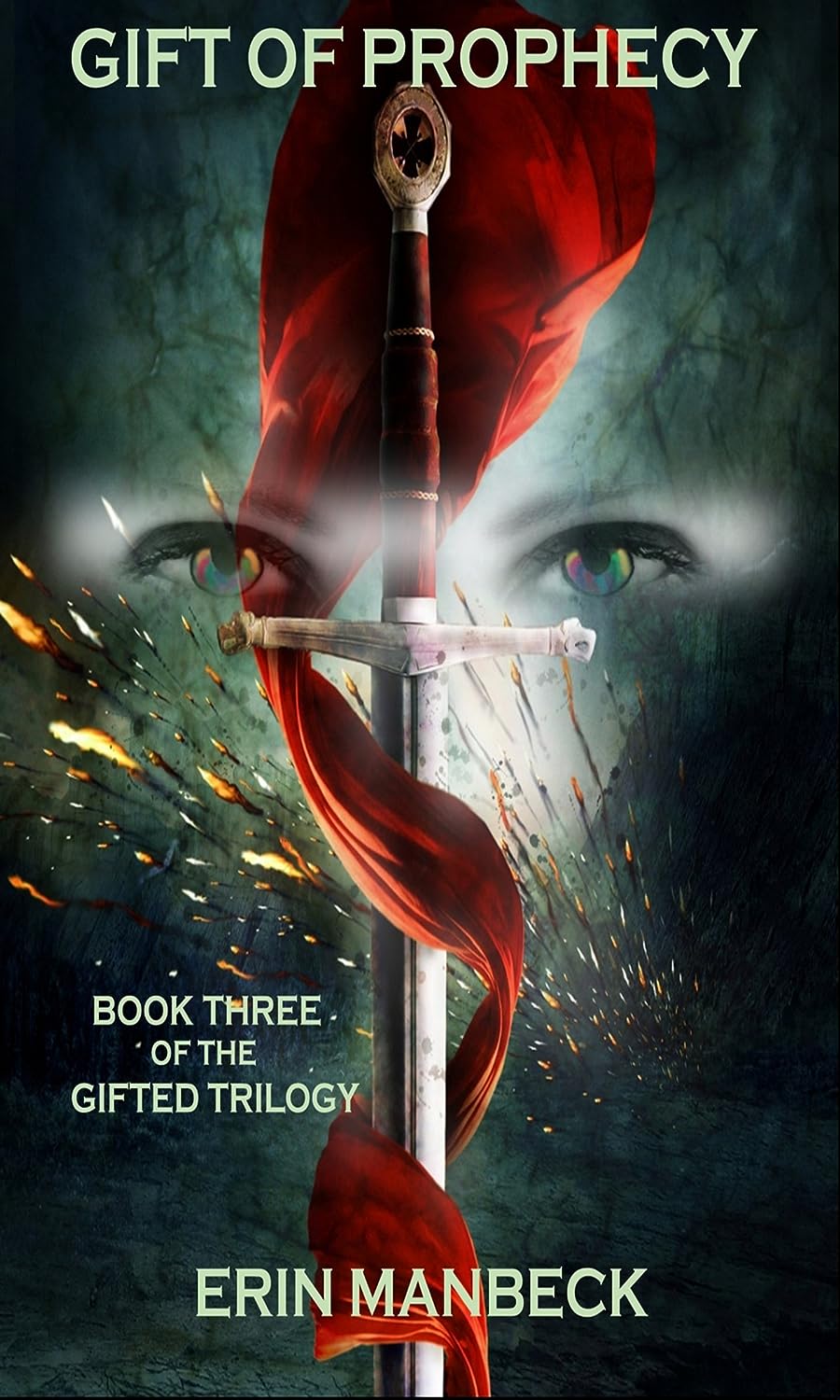 Curses are not subtle.

They are things of pain, and for a very long time Santo has been caught in one. She haunts the roads of the country of Kurdak as a mercenary, fighting back sleep every night so that she won’t have to face the horror that comes for her when she rests. Weary, with sanity almost gone and no end in sight, Santo doesn’t know who did this to her or why she is still alive.Someone does, though.

As the mythical Week of Colors arrives, she receives a visit from a long-time acquaintance. Traken is a sharp-tongued sorcerer with a sadistic streak, and he comes bearing an “invitation” from his master, a secretive lord who has been watching her for far too long. Santo isn’t thrilled, until another message arrives in the form of an ominous prediction: following the sorcerer will mean the answers she wants, but she’ll likely die in the process. That’s fine with Santo, though, because she isn’t searching for a way out… 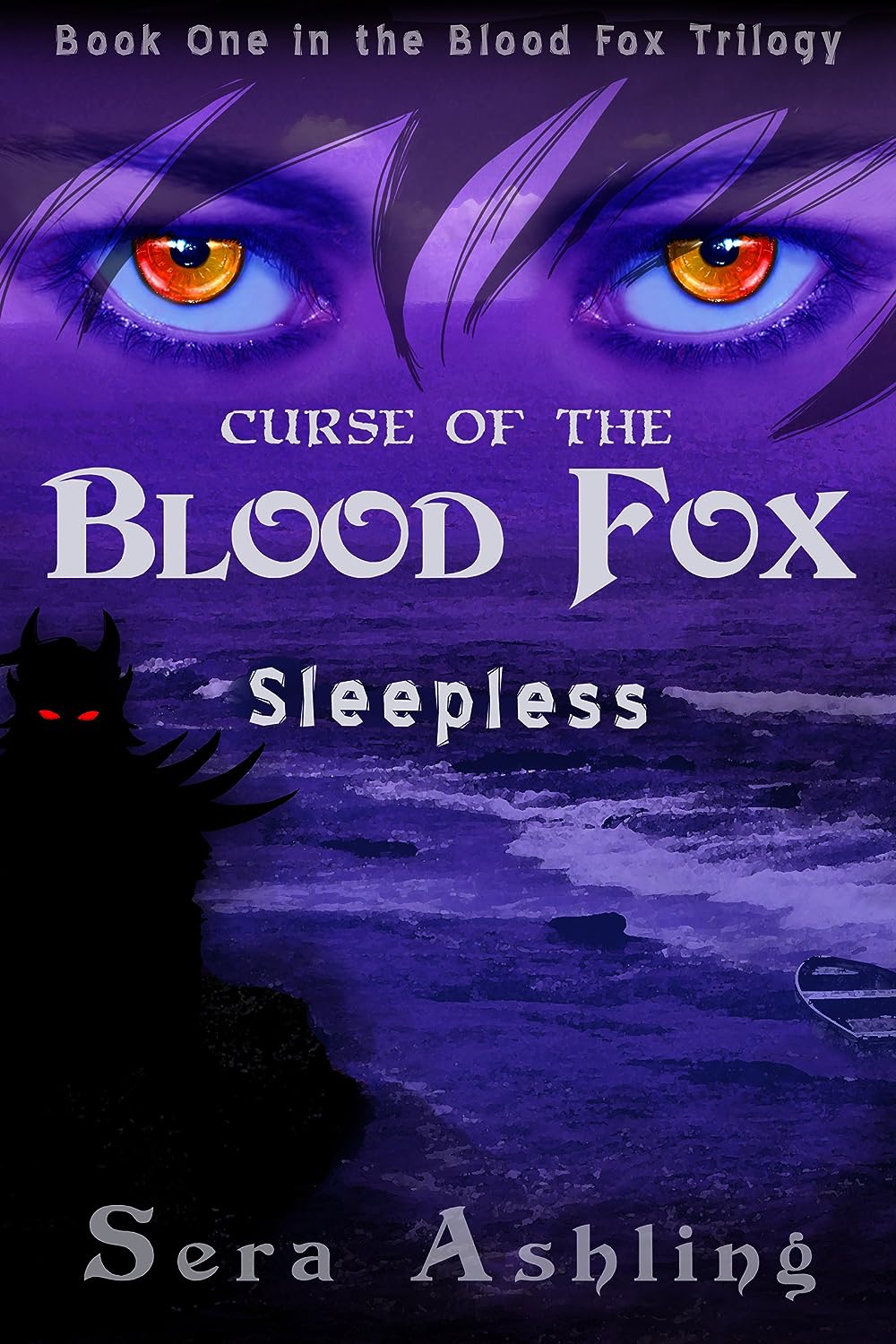 Find Me ~ Book 1 in the Faeries Lost Trilogy: Pandimora loves the faerie realm Aisywel, but she’s a bit of a rebel, has little interest in the rich faerie history, loves to listen in on private conversations and hops portals into the earth realm against the advice of the high elders.

All in all her independent spirit isn’t going so well in the faerie realm, but what she knows about herself as a faerie will be sorely tested when she is kicked out of Aisywel and forced to confront a terrible crime by one of her own high elders. A crime that involves the family she never knew she had. Pandimora must decide how far she will go to expose the truth, even if it means she will be forever exiled from the place she calls home.

Private investigator Drew Maddox deals in the hard facts of life, so when a faerie falls in the middle of the highway, his world is knocked off kilter. He pursues the mystery of who she is, putting his human life at peril as he follows her to a hidden world he never knew existed, a world he could get lost inside forever if he makes a wrong choice. 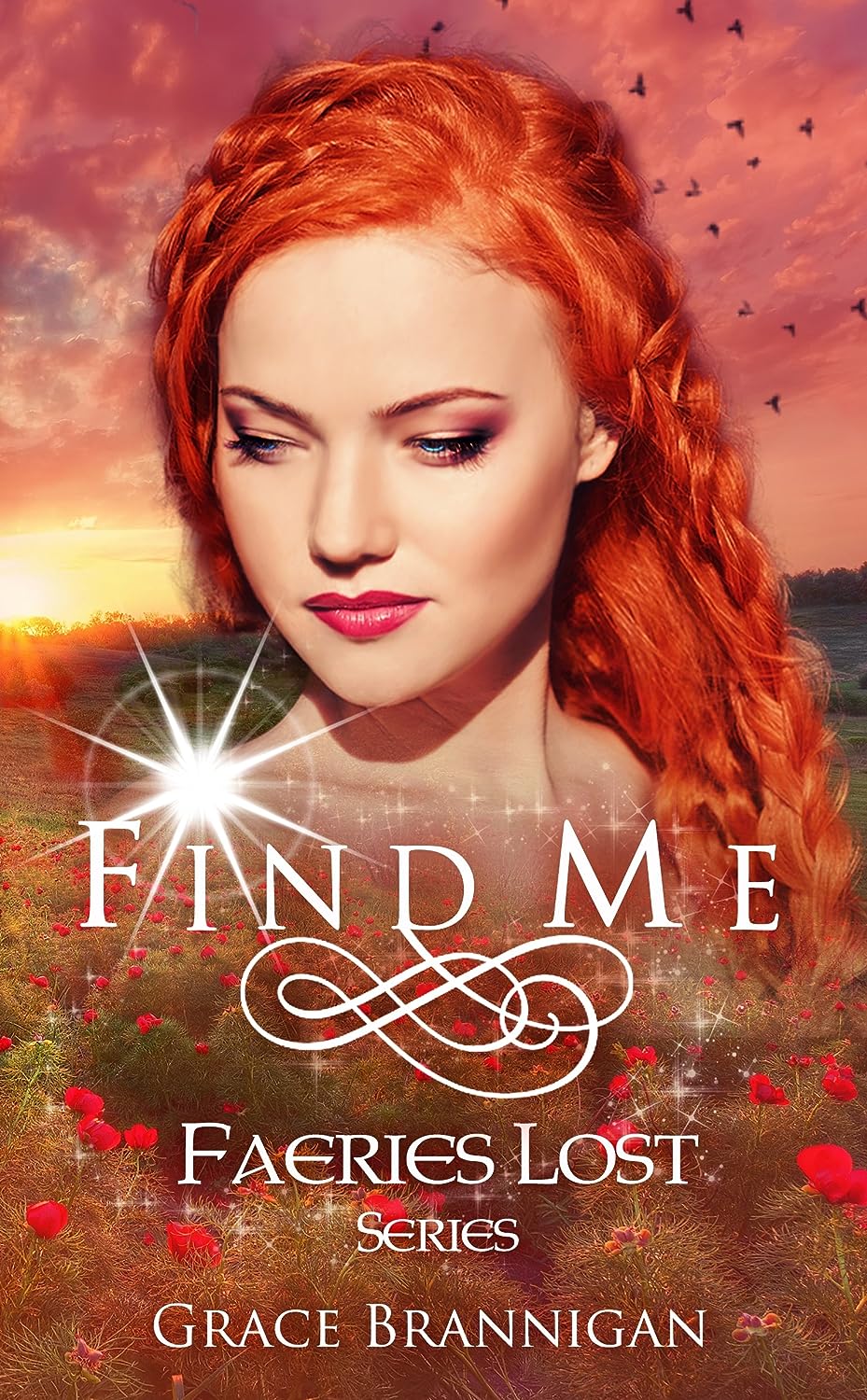