=There is a creature that lurks in the vast open deserts of the west. It can only survive on blood and, although it prefers to prey on the weak and young, it will slaughter anyone or anything, once provoked. It is unnatural, deceptive, and difficult to kill. Word about the existence of this elusive beast has not spread for anyone who has crossed paths with it did not live long enough to tell of their account

Night of the Chupacabra is one man’s journey to reunite with his missing family, while the lethal creature that separated them, the mysterious and ravenous chupacabra, is never far behind. 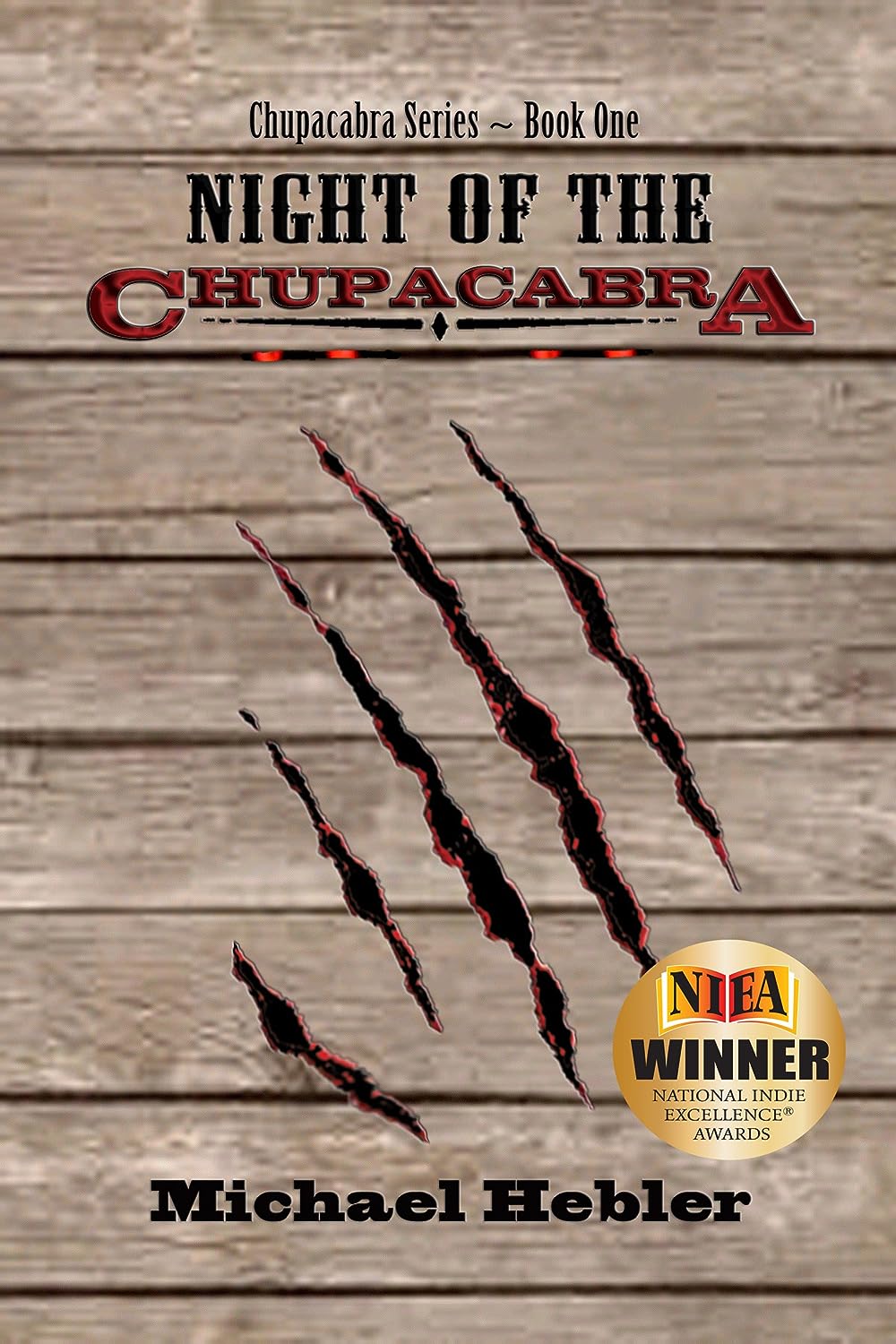 What Advice Would You Give Aspiring Writers?
Make sure you learn just as much about publicity and marketing as you learn about the craft of writing because whether you’re traditionally published or self-published – if you’re not Stephen King or J.K. Rowling – you’re the one responsible for getting word out there about yourself and your book.

What Inspired You to Write Your Book?
It was a combination of events. I was a theatre geek in college during the early ’90′s. A friend of mine wrote and directed a one-act play about a group of people who trapped themselves inside a saloon while monsters – I think they were vampires – were trying to get inside. That was when I fell in love with western-horror and decided to write a screenplay on fusing those two genres. Sort of simultaneously, a roommate of mine had posted an article on the refrigerator of an Orange County man blaming the death of his baby on a chupacabra. This was the first I ever heard of the creature and the article made my roommate laugh and it hung on the fridge forever. So every time I was hungry or thirsty, I was reminded of the chupacabra. By this time, I had already begun my western-horror screenplay, then called Dark Sunrise, and created a creature from my imagination. Then one night, I was watching an episode of X-Files about the chupacabra, which blew my mind because of the article. And a lot of the traits and characteristics mentioned in the episode were what I had already created for the monster in my story, so midway through writing Dark Sunrise, I changed my creature to the chupacabra. Then over the years, the screenplay became adapted into the novel published today, as well as a series of stories that will follow.

Born in the early 1970’s in Los Angeles County to a salesman and a homemaker, Michael dreamed of following his passions for entertainment and storytelling by becoming an actor. It was while studying theatre arts at Orange Coast College in Costa Mesa, California, did he realize his penchant for stories were better suited on the page rather than the stage. However, creating tales with suspense, laughter, and heart is not Michael’s only love. Hebler also enjoys volunteering in his local community for Meals on Wheels, as well as aid in the capture/spay/neuter/release feral program.