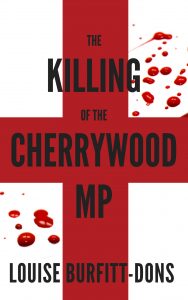 The Killing of the Cherrywood MP is the brilliant second book in the lauded Karen Andersen political thriller series by Louise Burfitt-Dons. In this fast-paced and gripping novel P I Andersen is once again immersed in the world of radical extremism in Britain and about to learn it’s as complicated as it’s deadly.

Jihadi brides return from Syria and deradicalised terrorists are released from prison. In reaction extremist right-wing groups proliferate across Europe. The Labour MP for Cherrywood is found murdered and police look for a lone wolf with a personal vendetta against ISIS.

P I Karen Andersen believes it’s not that simple. From the roulette tables of the Ritz to the respectable suburbs of Mainz, she searches for the truth. Does the home to one of Germany’s violent neo-Fascist cells hold the vital clue, or does it lie hidden in the leafy English countryside?

About the Author
Louise Burfitt-Dons is a crime novelist and screenwriter who has worked with producers in the UK and the US. Recent films include Mother of All Secrets (2018), The Ex Next Door (2019, Lifetime) and Christmas in the Highlands.(2019). She stood for parliament in the 2015 General Election. In 2001 Louise set up the anti-bullying charity Act Against Bullying.

The Missing Activist featuring London Private Investigator Karen Andersen was her first book in the Karen Andersen series. She lives in Chiswick, West London with her husband Donald.