A great evil descends upon the kingdom of Medanholm. A necromancer in the service of a fallen god leads an army of undead to extinguish all life. In the village of Briar’s End, there are few survivors. They are scattered and hopelessly outnumbered, with dwindling options for sanctuary.

Dorian is a young man that finds himself in the midst of the zombie horde that overwhelms his village. He loses his girlfriend in the chaos as the army of death defeats their greatest champions. With death all about him, he seeks to escape the village and make his way to the countryside where he prays his family still survives.

Hidden away within their mountain temple, the gods are oblivious to the horror on their doorstep…

…and it’s coming for them.

Death Storm is book 1 in the Hungry Gods series, a Dark Fantasy Zombie Apocalypse that brings the nightmare of Armageddon to a high fantasy world.

“I would recommend this to just about anyone as it has a little bit of everything; action, horror, fantasy, romance. An excellent zombie fantasy novel!” 5 stars 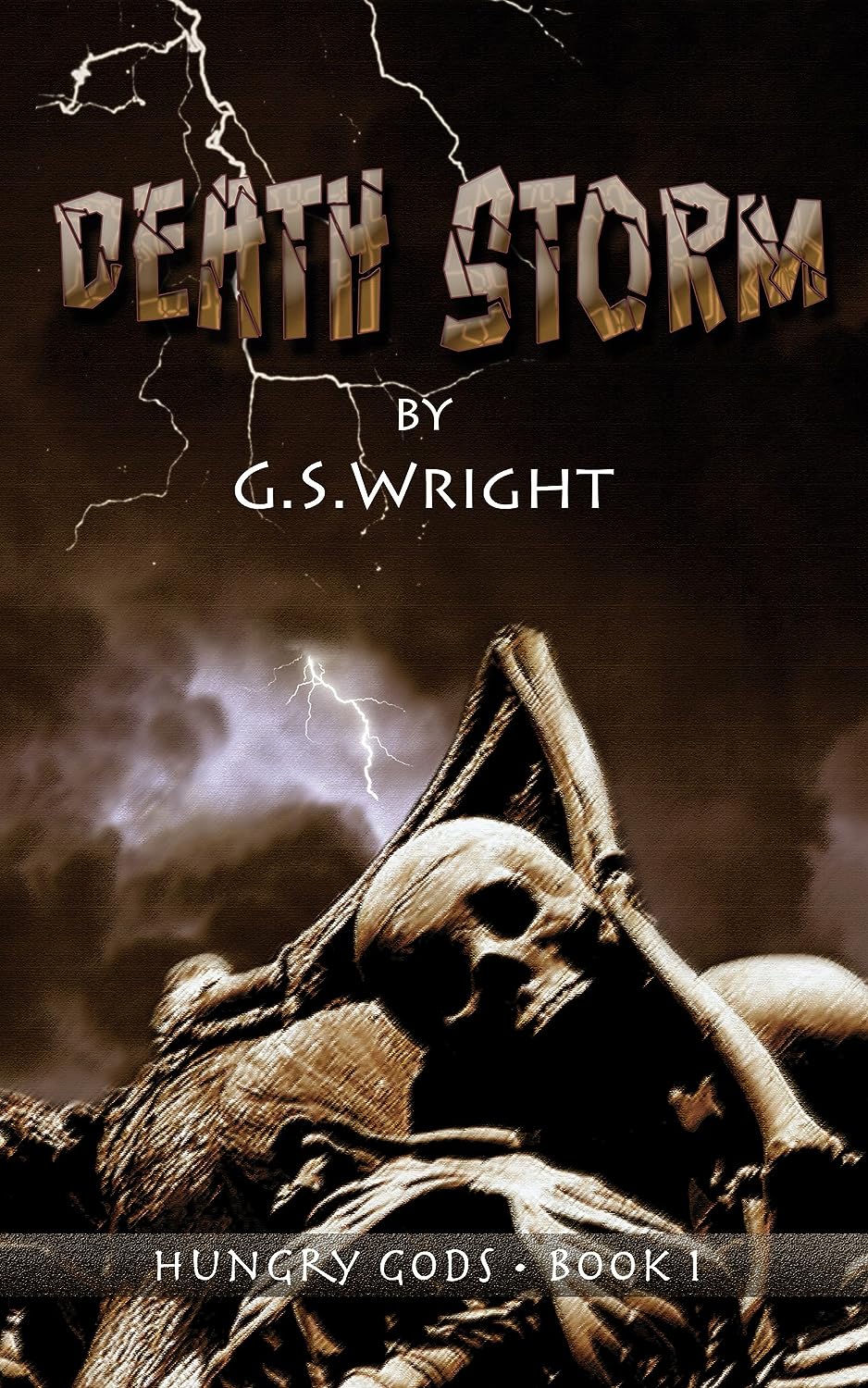 Author Bio:
G.S. Wright is a horror, sci-fi, and fantasy writer who mixes in the fast-paced action of the thriller novel, bringing you intense fiction guaranteed to keep you on the edge of your seat. Regardless of genre, you’ll find absorbing stories that will pull you in with realistic heroes and loathsome villains, and give you chills that will keep you up at night… turning the page.
G.S. Wright is an author in Southern Idaho. He writes. A lot. All the time. Sometimes he watches movies, plays guitar, or sleeps. He has a beautiful wife (who keeps him from starving) and three children that he is failing to raise as ninjas. He also has a zombie survival plan.
Author of the sci-fi thriller Broken Things, the dark fantasy zombie apocalypse series Hungry Gods, and the vampire horror serial, Spilling Blood.
_Stand-Alone Novels_
Broken Things
_Hungry Gods Series_
Death Storm
Death’s Reach
_Spilling Blood Series_
Spilling Blood Season 1
(Season 1 also available in 4 individual episodes)