This is a specially priced box set of books 1-3 of the Dark Angel urban fantasy series (Angelfire, Angelstone, Angelsong).

Forget everything you know about angels…

You’ll likely find Alyxandria slicing demons with her blades rather than plucking at harp strings. She trains harder than any other warrior to prove she is nothing like her parents who abandoned her to become Rogues.

After a series of confusing visions, Alyx saves Israel, a mysterious mortal who knows too much. She discovers she has been chosen as his Guardian. There’s just one problem. She is forbidden to even see him again. Why does he need protecting? And from who?

What she uncovers will change everything… an Elders’ dark plan, a keye to unlock Hell, and a prophecy that warns of the greatest war this Earth will ever know. Her problems just multiplied.

After escaping from the Hollows and the Michaelea lightwarriors, Jordan takes Alyx and Israel to Aradale, a secret Rogue community, where they appear to be safe − for now. But did they bring the enemy with them? “Mini”, the strange and speechless young girl they rescued from the Hollows, is not as she seems. Why was Elder Michael keeping her locked up? What is she hiding?

Alyx and Israel are driven further apart as Israel continues to obsess over making Adere human and Alyx hides two secrets from him: that he may be part-demon and that she may be carrying his child, a tri-blood keye that can be used to unlock Hell.

Out in the mortal cities, pieces of Black Stone, the only material that can disrupt the angels’ healing abilities, continue to be stolen to make weapons for Samyara’s dark army. Alyx and her friends must stop them, but this means infiltrating holy and guarded places to steal the Black Stone − a monastery in remote China, a mosque in Saudi Arabia, an art gallery in Florence and a cathedral in Peru.

Can they win this deadly race against the Darkened?

Israel lies dying from a poisoned knife wound. To save him, Alyx needs Mayrekk’s help
and the knowledge contained within the Threads of Dark.
But Mayrekk remains imprisoned in Michaelea, being punished for his hand in Alyx’s
escape, and Michael himself guards the key to Mayrekk’s freedom. And the Threads of Dark is kept within a secret chamber deep under the Archives of Urielos, a Seraphim city clinging to cliffs somewhere along the coast of Italy. Even if Alyx does manage to find a way into the city, the chamber is guarded by ancient riddles and deadly traps.

Can Alyx rescue Mayrekk and retrieve the Threads of Dark before Israel slips away? 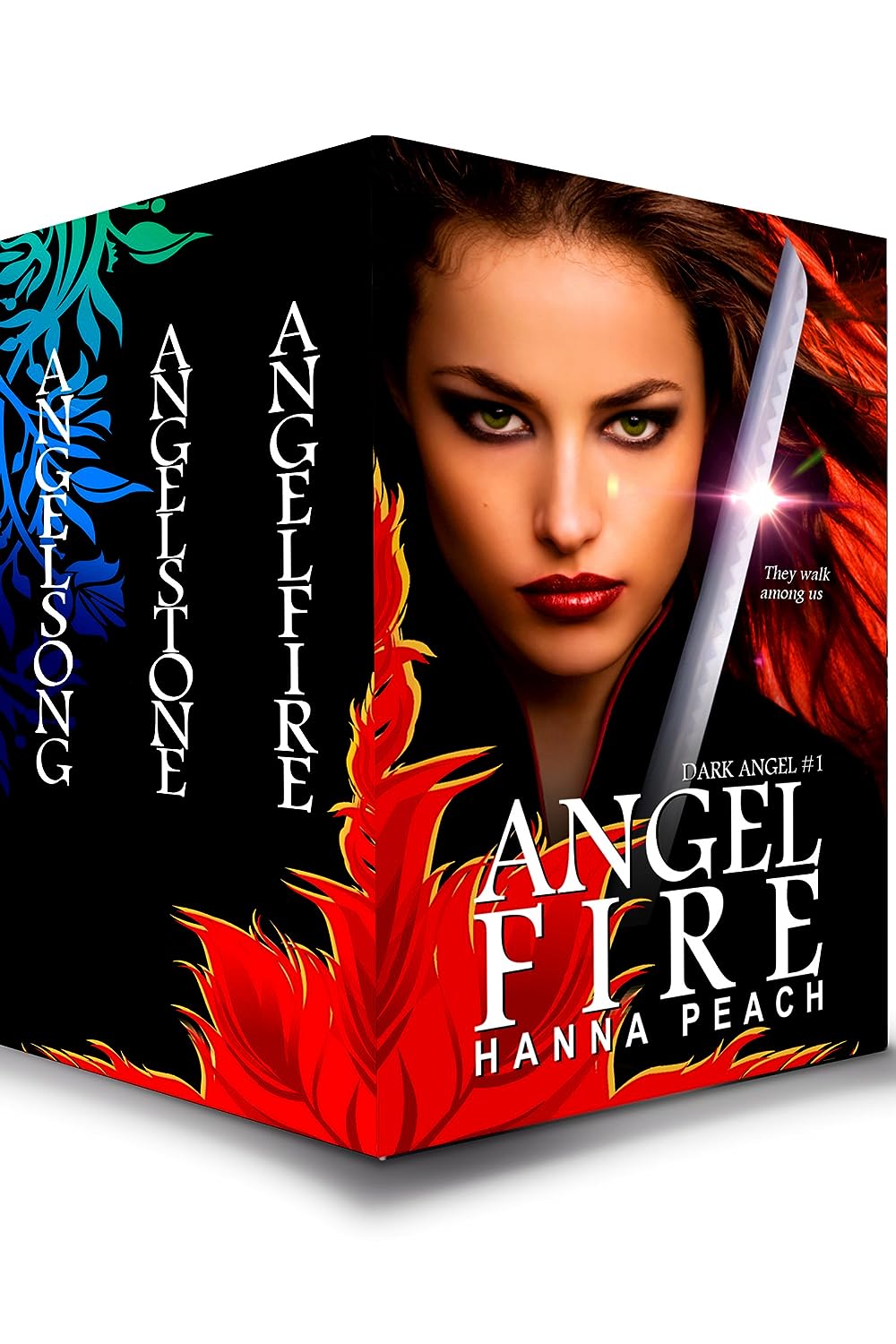 About the Author:
Hanna began to write at the tender age of seven, starting with a daring and questionable autobiography entitled Go Suck a Lemon. Perhaps it was a little before its time.

After leaving school she agreed with everyone who said she needed to get a degree and a real job to become a proper adult. She kept writing as a hobby. After starting (and never finishing) several degrees and switching from multiple careers, she finally decided that being a real adult was overrated. In 2012, she sold everything, moved to Europe and began to write full-time.

Eternally restless, Hanna has lived in Indonesia, Australia, Germany and Scotland. She is currently residing in England.

She is addicted to coffee and chocolate and would one day like to own a dragon.

For a chance to WIN a copy of her next release, go to hannapeach.com for details.