When Adam and Isobel find themselves pursued by faceless, unknown men, they have two choices: to run, or to turn and fight for their lives.

Imagine a world where media companies hack into personal communications at will, in search of their next headline. A world of politicians lining their pockets with falsified expense claims, and crooked practices operating within the police force. Where government contracts can be bought and sold by those that have the Prime Minister’s ear, and where banks and corporations make millions at the expense of the man in the street.

A Plague of Dissent is a story of greed and corruption, in which riots and civil unrest are turning the country upside down and a small group of men are attempting to use this spreading anarchy to further their own agendas.

Adam, along with his girlfriend Isobel and his brother Dan, find themselves dragged into this nightmare scenario. They are pursued by faceless men who believe they are party to information that could compromise their mission. They soon realize they have two choices: to run, or to turn and fight for their lives. 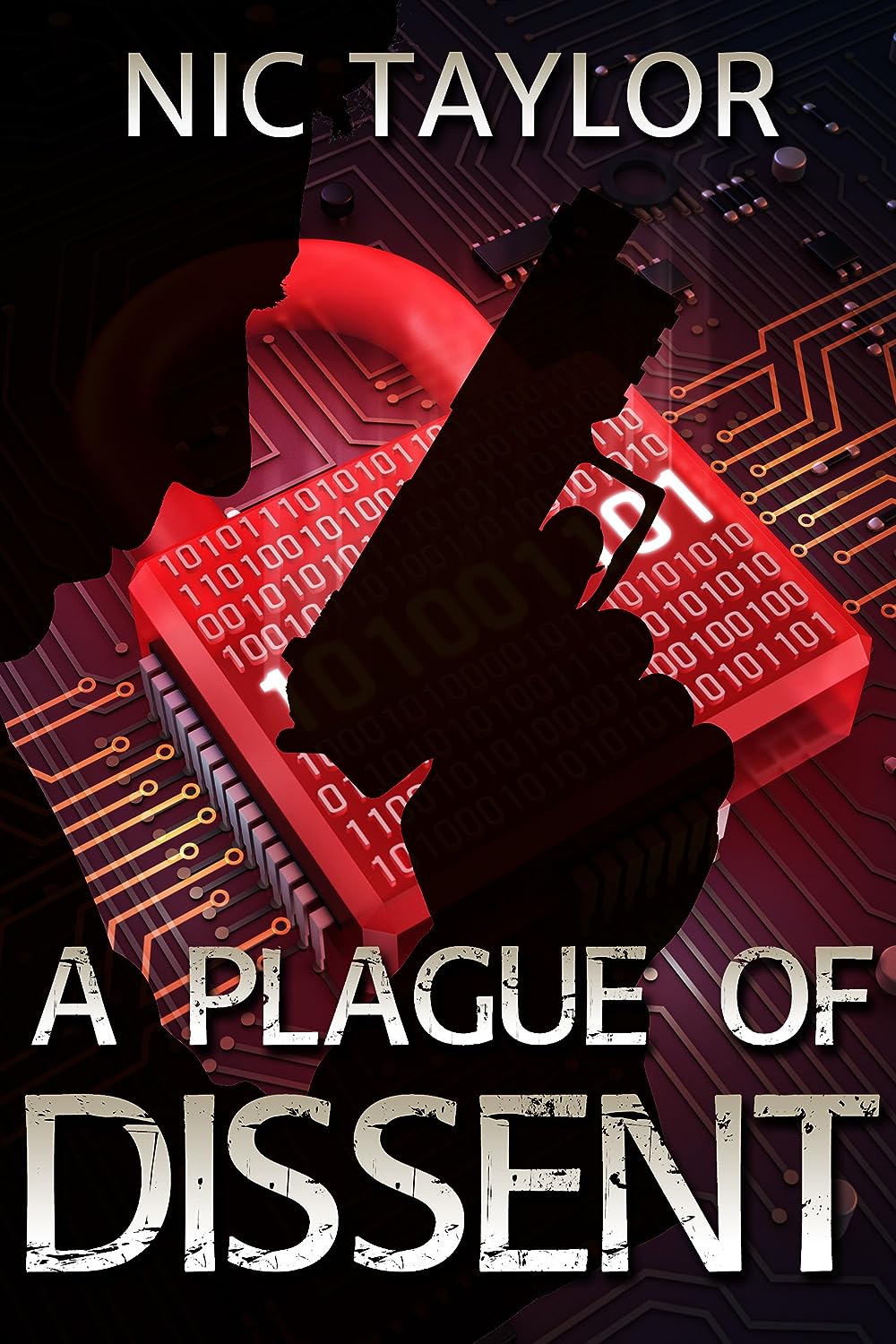 About the Author:
Nic grew up in Penzance, Cornwall and spent these formative years either hanging out on the beach surfing and diving or taking photographs. At the age of twenty he talked himself into a job as an architectural assistant with a prestigious practice in London and spent the next seven years designing banks and partying in the city. By the age of twenty seven, the wander lust hit him and he headed off to Montego Bay in Jamaica, there he both ran a diving school and freelanced as an architect for hoteliers. For five years he managed to keep this up and himself narrowly out of trouble. Until after one too many close calls, he decided it was time to leave. He boarded a plane and headed for Singapore to visit a Singaporean girl he’d got to know. Singapore or more pointedly the Singaporean girl managed to calm Nic down, somewhat, and for a dozen years he based himself out off Singapore working in various fields. He taught diving and escorted dive parties to remote locations throughout the South China Sea, the Indian Ocean and the Indonesian archipelago. He designed the odd hotel or two in the Maldives and Thailand and expanded his photographic repertoire to become one of the foremost photographers in the region. He also diversified, into the moving picture industry to eventually shoot several short films and documentaries including Burning Earth for the Discovery Channel. Where he spent many weeks camped out in the burning jungles of Borneo and hung out of helicopters with a camera on his shoulder. Nic now spends his time equally divided between his research, his architectural design practice and the Plymstock Albion Oaks Rugby Club, where he coaches the Under 15’s, runs several projects including coaching rugby to the disabled, and using rugby as social inclusion vehicle to get kids off the streets. And his writing; his first book “A Plague of Dissent” was published in early 2013 and he is presently working on the sequel to A Plague Of Dissent, Gaia’s Warriors. In addition he is working two other titles, The Hope and The Blogger.