This story is a present-day twist on the biblical story of Jacob and his mother Rebecca plotting together against the elderly father Isaac, who is lying on his deathbed, in order to get their hands on the inheritance, and on the power in the family. This is no old fairy tale. Its power is here and now, in each one of us.
Listening to Yankle telling his take on events, we understand the bitter rivalry between him and his brother. We become intimately engaged with every detail of the plot, and every shade of emotion in these flawed, yet fascinating characters. He yearns to become his father’s favorite son, seeing only one way open to him, to get that which he wants: deceit.

“What if my father would touch me,” asks Yankle. In planning his deception, it is not love for his father, nor respect for his age that drives his hesitation—rather, it is the fear to be found out.

And so—covering his arm with the hide of a kid, pretending to be that which he is not—he is now ready for the last moment he is going to have with his father. 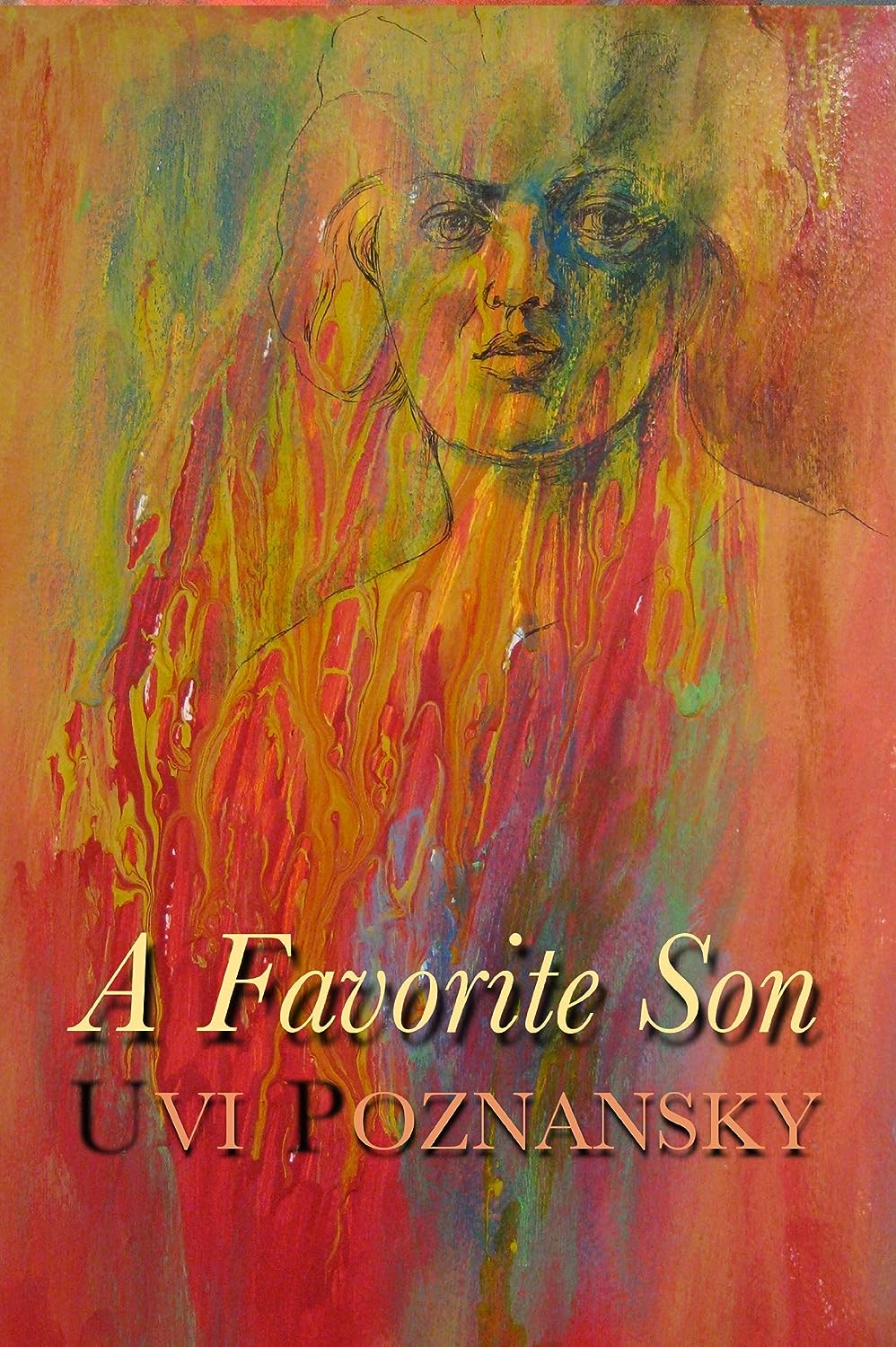 How is Writing In Your Genre Different from Others?
Would you believe that writing biblically inspired books is a risky proposition?

Let me suggest to you that it is. Why?

Because some of your readers may have only a vague recollection of the reference material, back from their days in Sunday school. Others may be totally unfamiliar with it, because they may come from a different culture altogether. So you have to introduce enough of the original story to the readers, and you better do it in a fresh way, one that highlights the immediacy of its meaning. Here, for example, is the voice of Yankle (based on the biblical Jacob) in my book A Favorite Son:

“When I sprinkle my secret blend of spices; here, take a sniff, can you smell it? When I chop these mouthwatering sun-dried tomatoes, add a few cloves of garlic for good measure, and let it all sizzle with lentils and meat—it becomes so scrumptious, so lipsmacking, finger-licking, melt-in-your-mouth good!
There is a certain ratio of flavors, a balance that creates a feast for the tongue and a delight for the mind; and having mastered that balance, with a pinch of imported cumin from the north of Persia, a dash of Saffron from the south of Egypt, I can tell you one thing: When the pot comes to a full bubbling point, and the aroma of the stew rises up in the air—it would make you dribble! Drive you to madness! For a single bite, you would sell your brother, if only you had one!”

By design, his voice is a direct and intimate one, letting you get close enough to taste, or at least to smell the aroma of his lentil soup. Not only that, but the ‘you’ in this passage is not just the preverbial you.
Rather (as is revealed later) it is a character with a complex emotional relationship to the main character: his firstborn, who at the conclusion of the story is just about to fool Yankle in a most devastating way, by letting him believe that Joseph, his favorite son, has been devoured by a wild beast.

No wonder Yankle has a dark side. Here he is, pondering the bitterness of sibling rivalry, and the abuse of an elderly father by his son, which perpetuate themselves here from one generation to the next:

“It is an odd feeling. Have you ever faced it? Being dead to someone you envy; someone you miss, too; someone who knows you intimately and, even worse, has the chutzpa to occupy your thoughts day in, day out. It grinds down on your nerves; doesn’t it? Trust me, being dead to your brother is not all that it is cracked up to be, but it does set you free—oh, don’t act so surprised! It frees you from any lingering sense of obligation. Brother, you say to yourself. What does it mean, Brother? Nothing more than a pang, a dull pang in your heart.
You have betrayed him. Accept his hate. You need not talk to him ever again. For the rest of your life, you are free! A stranger— that is what you are. A stranger, visited from time to time by dreams: Dreams about the mother you will never see again, and the father you left behind, on his deathbed. Dreams of waiting, waiting so eagerly for the next day, to meet your brother at the end of an endless exile. Dreams of grappling with him all night long, until the crack of dawn. Until your ankles give way. Until you lose your footing on the ground.
Then, rising up to take you is the darkness of the earth; which is where you wake up at sunrise to find yourself alone.”

Some of your readers may be well versed with the reference material, and for them, you better offer an extra layer of meaning. For example, in the passage above, the sentence “Dreams of grappling with him all night long, until the crack of dawn. Until your ankles give way“ is an allusion to Jacob grappling with the angel, the night before he meets his brother after years of estrangement. In the biblical story, this is symbolic of Jacob struggling with God. But in my modern interpretation, this is symbolic of Yankle struggling with his curse, the loneliness in which is he is stranded, now that his brother is his enemy.

A Favorite Son does not amplify what the bible says. In fact, it offers a secular point of view, and a mirror to our souls. To me, the bible is rife with drama, sex, and violence, which makes it a rich source, a place to explore the truth about ourselves, about our struggle between the angels and demons inside all of us. My Yankle is no hero, no one you might want to revere. Instead, he is a rebellious teenager, a sly smart-ass about to cheat his father. Which may well offend some readers, especially those who make the mistake to expect nothing more that an expansion of the original story. To such readers, my book may be seen as nothing less than blasphemy.

So? What do you think? Is writing biblically inspired books is a risky proposition?

Author Bio:
Uvi Poznansky is a California-based author, poet and artist. Her writing and her art are tightly coupled. “I paint with my pen,” she says, “and write with my paintbrush.”
She earned her B. A. in Architecture and Town Planning from the Technion in Haifa, Israel. During her studies and in the years immediately following her graduation, she practiced with an innovative Architectural firm, taking part in the design of a large-scale project, Home for the Soldier.
At the age of 25 Uvi moved to Troy, N.Y. with her husband and two children. Before long, she received a Fellowship grant and a Teaching Assistantship from the Architecture department at Rensselaer Polytechnic Institute, where she guided teams in a variety of design projects; and where she earned her M.A. in Architecture. Then, taking a sharp turn in her education, she earned her M.S. degree in Computer Science from the University of Michigan.
During the years she spent in advancing her career—first as an architect, and later as a software engineer, software team leader, software manager and a software consultant (with an emphasis on user interface for medical instruments devices)—she wrote and painted constantly. In addition, she taught art appreciation classes.
Her versatile body of work can be seen on her website, which includes poem, short stories, bronze and ceramic sculptures, paper engineering projects, oil and watercolor paintings, charcoal, pen and pencil drawings, and mixed media. In addition, she posts her thoughts about the creative process on her blog, and engages readers and writers in conversation on her Goodreads Q&A group.
Uvi published a poetry book in collaboration with her father, Zeev Kachel. Later she published two children books, Jess and Wiggle and Now I Am Paper, which she illustrated, and for which she created animations. You can find these animations on her author page on Amazon, and her author page on Goodreads.
Apart From Love (published 2012) is an intimate peek into the life of a strange family: Natasha, the accomplished pianist, has been stricken with early-onset Alzheimer’s. Her ex-husband Lenny has never told their son Ben, who left home ten years ago, about her situation. At the same time he, Lenny, has been carrying on a love affair with a young redhead, who bears a striking physical resemblance to his wife—but unlike her, is uneducated, direct and unrefined. This is how things stand at this moment, the moment of Ben’s return to his childhood home, and to a contentious relationship with his father.
Home (published 2012), her deeply moving poetry book in tribute of her father, includes her poetry and prose, as well as translated poems from the pen of her father, the poet and author Zeev Kachel.
A Favorite Son (published 2012), her novella, is a new-age twist on an old yarn. It is inspired by the biblical story of Jacob and his mother Rebecca, plotting together against the elderly father Isaac, who is lying on his deathbed. This is no old fairy tale. Its power is here and now, in each one of us.
Twisted (published 2012) is a unique collection of tales. In it, the author brings together diverse tales, laden with shades of mystery. Here, you will come into a dark, strange world, a hyper-reality where nearly everything is firmly rooted in the familiar—except for some quirky detail that twists the yarn, and takes it for a spin in an unexpected direction.
Rise to Power is the story of David as you have never heard it before: from the king himself, telling the unofficial version, the one he never allowed his court scribes to recount. In his mind, history is written to praise the victorious—but at the last stretch of his illustrious life, he feels an irresistible urge to tell the truth.
With the exception for her new release, Rise to Power, these books are available in all three editions (audiobook, print and ebook.)